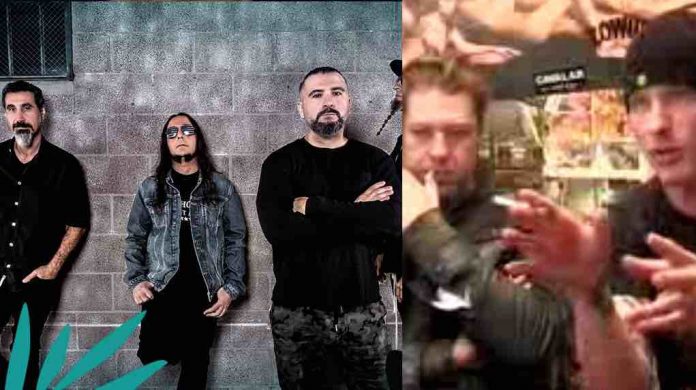 Slipknot guitarist Jim Root revealed to WMMR that seeing System of a Down’s tour bus at Ozzfest in 1999 is when he realized he had made it. Corey Taylor recently broke his silence after angrily quitting social media.

He told Ernie Ball’s Striking a Chord podcast, “I remember just being, like, ‘Wow, this is crazy.’ The first show was in East Florida, and I remember showing up at the bus, the bus picked us up in Iowa, and I remember sitting on the parking lot and seeing another tour bus roll up.

It was Shavo [Odadjian] from System of a Down, he was standing, like, on the stairwell on the other side of the door, and there was another band that he must’ve known, because he was like at the door waiting to get off the bus, and I was just, like, ‘Holy shit, that’s Shavo.’ It was crazy.”

A Slipknot member’s weight loss was revealed in a new photo a couple of days ago. Slipknot frontman Corey Taylor discussed the evolution of the band’s sound in a new Radio Freccia interview, “That’s one of the cool things about [‘We Are Not Your Kind’] — it has all of that. I’ve always said that bands who experiment too far and then don’t bring it back to that emotion that fans need — not expect, but need — from a certain band, we have never forgotten that. So as far out as we want to experiment and create and really make this beautifully dense dark art, there’s also crushingly heavy stuff on this album.

A Slipknot member’s father was recently insulted by a big name rocker. Taylor added, “Honestly, one of my favorites is called ‘Solway Firth’, and it’s probably one of the heaviest songs we’ve written in 15 years. And it is such a sledgehammer that’s so emotional that it’s really gonna take people’s breath away. And it’s the culmination of everything that is being told on this album. So, yes, there are beautifully artistic passages on this album. However, there’s still the sledgehammer of Slipknot.”