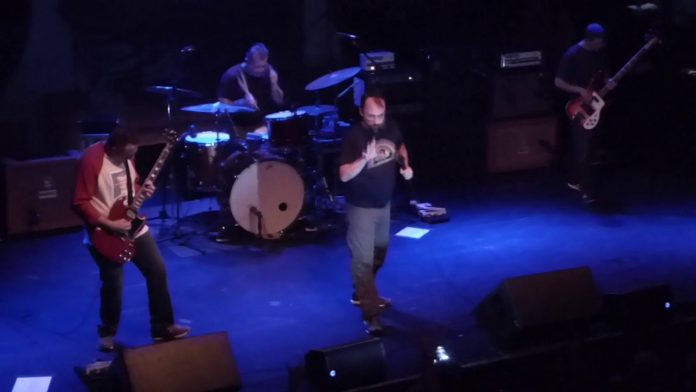 Maryland rockers Clutch have been pushing the boundaries of heavy rock music since the 4 original members got together in high school. Having been tagged hard rock, blues rock, southern stoner rock and alternative metal by media and fans across the world it is safe to say one thing… “What you see is what you get” and what you get is a musical force that has been best described as the quintessential American Rock Band. Clutch quickly became known for their relentless touring schedules, playing shows from whiskey stained 2 door venues in the hills of West Virginia to the iconic Brixton Academy in the UK. Whatever the venue, and wherever rock fans congregate Clutch has played there. The band has shared stages with Lamb of God to Iron Maiden, Primus to Thin Lizzy, Mastodon to Motörhead. What has come of it is a cult-like International fan base, not to mention praise from all corners of the music world. Right now Clutch are on tour with 2000’s metalcore outfit Killswitch Engage and punk icons Cro Mags. I was recently able to speak to drummer Jean Paul Gaster on this tour and their upcoming album.

So how did a tour like this come to be?

Ive been a big fan of Cro-Mags since childhood. They were the first at the time modern band I had gotten into. I heard them when I was mostly just into stuff like ZZ Top and Black Sabbath and they blew my mind.

Any plans for a new album?

We are working on a new album as we speak. Once the tour is over we will have more time to plant the seeds. No name for the album yet but like every Clutch album it will be full of experimentation but true to our signature sound at the same time.