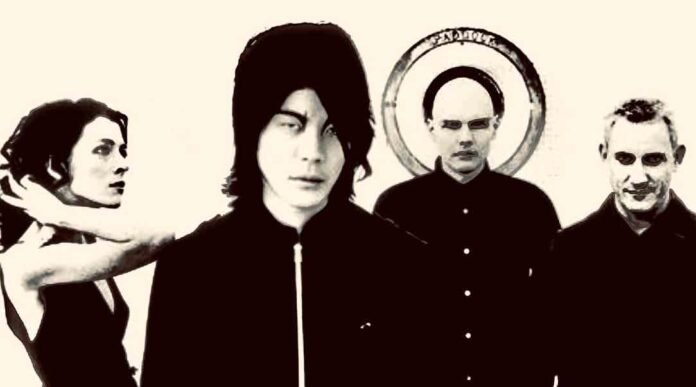 Billy Corgan seemed to hint on his podcast that “Le Deux Machina” will be the opening track of the reimagined double album MACHINA reissue on his new Thirty Three podcast. He has also said he’d like The Smashing Pumpkins to do a musical version of their new album Atum live.

He told Kerrang, “On the tour we’re about to do, we’re playing four or five new songs. So that’s a lot, when we’re talking about some of the classics and stuff. Our hope is to at one point stage this 33-song album as a musical where we have different guests singing the different parts. The idea would be coming to a show, and it’s two hours and 20 minutes of music broken up into three acts.

And there would be different people playing different characters. They would sing different songs, and I would sing certain songs, but I wouldn’t sing every song. So, you know, best case scenario is people grow to love the songs on the record, they’re interested in how we would stage it, and eventually, there’s enough interest for us to go out in a touring production. And people can sit back, eat your CBD gummies and enjoy the show.”

Corgan also appeared to go after Dr. Fauci in the interview when asked about a new song, “Well, on Beguiled… there’s different characters in the musical, but Beguiled is sung from the standpoint of the authoritarian, so it’s kind of a reverse thing. It sounds kind of like a classic metal chorus, like Priest or something like, but it’s actually the authoritarian figures singing.

He’s saying, ‘Trust the message.’ At the height of the pandemic, we kept saying trust the science. Having been in public life for 35 years, anytime anyone asks you to trust them, that’s when I run. So it’s a little bit like somebody saying, if you just have faith in what we stand for, everything will be fine.”