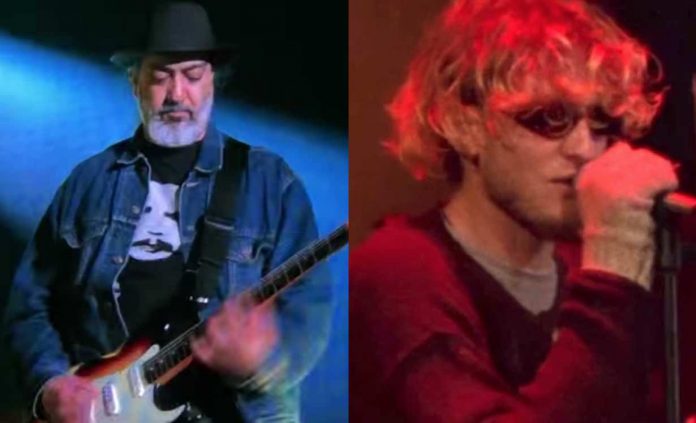 Soundgarden guitarist Kim Thayil was asked in a new Eddie Trunk interview if the band could continue without Chris Cornell, and go on tour like Alice In Chains have after the death of Layne Staley, but he didn’t seem confident in this happening, though he felt Alice In Chains carrying on has been very respectful.

“Reasonably, you got a big part missing, so, I think in terms of the Soundgarden catalog, that’s going to be active as best as it can be. In terms of unreleased recordings, live materials, I’m still going to attend to that. That’s my gig. I love that. Let’s make records. Given the commitments the other band members have and given our sentiments over Chris, I do not see us reconfiguring a tour—or anything—without him.”

He also said, “This is really complicated. I’ve known Chris since I was a kid, basically. You want to honor the work … Is it best to regard it with dignity and let it rest? Do you want to honor it by celebrating the work and music he’s done? At this point—and this has been difficult for a lot of people in the band—I think our conclusion was that. Now I understand people are complicated and life is a bag of tricks. I don’t know. I think we reached a conclusion we thought was correct.”

A Smashing Pumpkins member recently reacted to Soundgarden’s Rock and Roll Hall of Fame nomination. Thayil also discussed his frustration with Chris Cornell’s camp not sending over vocal demo files that are needed to complete Soundgarden’s final album. Trunk asked what ‘obstacle’ is stopping the album from being completed.

“There shouldn’t be, other than the fact that we don’t have those files.” The guitarist trails off rather than elaborate on why the band doesn’t have what they need. Trunk moves the discussion along by reiterating the hypothetical that if the surviving members of Soundgarden came into possession’s of Cornell’s vocal demos, they could release an entirely new studio album. Greg Prato recently revealed excerpts from a new Soundgarden book.