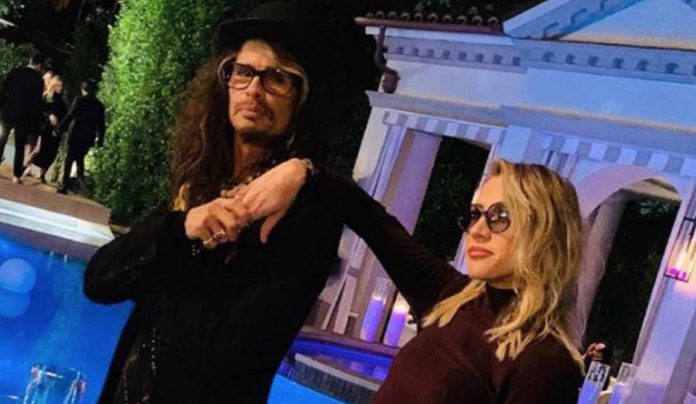 Aerosmith frontman Steven Tyler‘s girlfriend Aimee revealed a new photo of her sister in a wheelchair at the hospital. She wrote, “It’s ok sis…we go home now. I got you…✨” She also shared a new photo of herself kissing Steven backstage at a Paul McCartney show.

“The challenge is to keep the grit and the excitement level of an Aerosmith show while at the same putting up a big flash-bang production,” Perry says about Deuces Are Wild, which runs on and off at the Park Theater (with some East Coast dates sprinkled in) through the end of 2019.

“That’s a different kind of a challenge than, ‘Well, it’s time to make another record. It’s time to do another tour.’ I have to say, this is the first time in a long time that I’ve been this excited about something that involves Aerosmith.”

Perry says Aerosmith have no imminent plans to retire, despite previous reports in 2016 about a farewell tour. “One thing that’s for sure,” Perry says, “I don’t see us putting the guitars away anytime soon.”

Aerosmith are currently back with the latest string of their highly acclaimed Deuces Are Wild shows in Las Vegas.