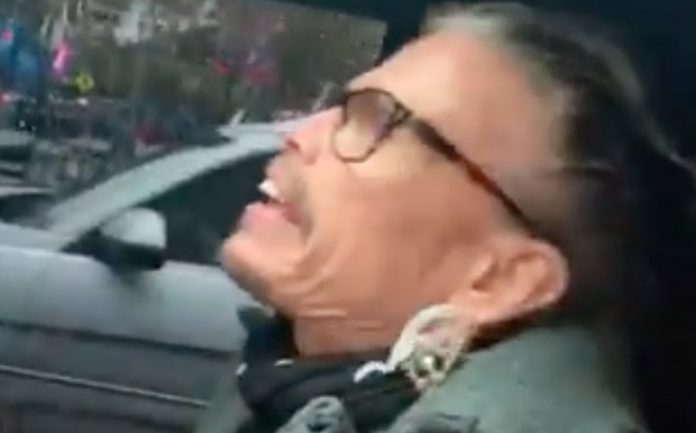 Steven Tyler ripped an Aerosmith fan at a concert for filming him, especially since they didn’t seem to intend on putting it online. He said, “You videoing that right now? You going to put that on your website? Why you videoing me then? You don’t know? Well then turn it off. Fucking watch the show man!” Tyler unloaded on a miserable fan at a recent Aerosmith show in Atlantic City.

He later added, “IF YOU HAVE A VIDEO I TOOK WITH YOUR CAMERA OR PHONE- DON’T SIT ON THAT SHIT, POST IT. TAG #AEROPHONEVID AND I WILL #REPOST!”

caggianoheather commented, “Totally agree, Steven! It’s a huge pet peeve with me. I was just at the Lenny Kravitz concert and the person in front of me videoed the entire show and blocked my direct line of view. Quit living life thru the lens people!!! Experience the live show!”

Steven Tyler made a disturbing Aerosmith health announcement last week. pixiesteph29 added, “Egh! I understand the point but it’s not every day some people get to see him on stage. Capturing a memory of someone I love and look up to is very important to many others. I would record as much as I can to fall asleep to a memory at night. I would replay it over and over.

Not every time somebody pull out of power is a negative thing. Some people travel miles and miles and from other countries to go see these concerts the best thing they could take back home is a memory. I wouldn’t record everything but bits and pieces hell yeah. 😏”