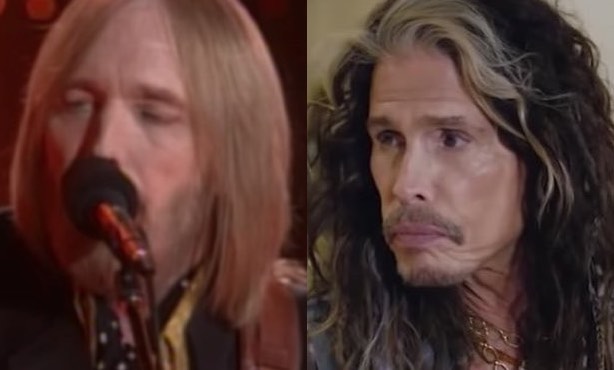 Steven Tyler had his interview with Howard Stern from 2016 air on a summer vacation episode a couple of weeks ago, and the Aerosmith frontman discussed struggling to get in touch with Tom Petty just a year before he died from drug addiction, and how Petty essentially insulted him by refusing to take his calls. Steven Tyler revealed an Aerosmith quitting claim after being confronted by bandmates.

Howard played some of the new single that Steven has out called Red, White & You. They spent a little time listening to the song. Howard asked how long it takes to write. Steven said maybe 8 or 9 hours. He said he had a bunch of people working with him on the song.

Tom Petty died on October 2, 2017 from a drug overdose of fentanyl, oxycodone, acetylfentanyl and despropionyl fentanyl (all opioids); temazepam and alprazolam (both sedatives); and citalopram (an antidepressant). Steven Tyler is still touring with Aerosmith, and the band also have ‘Deuces Are Wild’ shows scheduled in Las Vegas. Steven Tyler revealed what he smokes with his girlfriend recently.

The 15 new dates announced are:

A limited number of tickets and VIP packages are available for the following previously-announced performances: