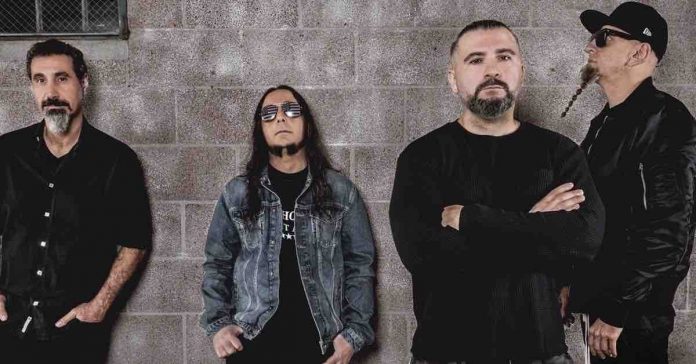 System of a Down often comes up with bizarre lyrics and it has been revealed that one of their better-known songs was written, in part, by a random book.

Rick Rubin opens up on the matter

According to a recent interview with Rick Rubin on The Joe Rogan Experience bandleader Serj Tankian literally pulled one of his most famous lyrics from a random page in Rubin’s library.

He continued: “This System of a Down song called ‘Chop Suey!’ … You know that song? It has this big bridge section in it where Serj, lyric writer — the singer — didn’t have words for this one part of the song.”

We’re sitting in the library in my old house and he said, “I don’t have words for this,” and we were finishing and it’s like, okay. “Any ideas?” He didn’t have any ideas. So I said, “Okay, pick a book off the wall.” He picked a book randomly off the wall. I said, “Open it to any page [and] tell me the first phrase you see.” He opened it. First phrase he sees, that’s what’s in the song and it’s a highpoint in the song. It’s incredible, like magic.”

The first single from their 2001 album Toxicity, “Chop Suey!” would go on to become their first Top 10 single on Billboard’s Alternative Airplay — despite the track’s line about “self-righteous suicide” earning it a spot on a list of post-9/11 inappropriate titles. It also went on to become Gold and Platinum certified in several countries.