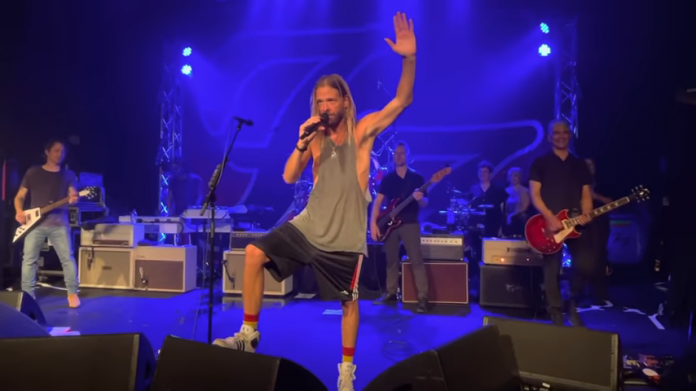 I just recently listened to a Rolling Stone podcast (5:45 in) a few months back that is still available for people to listen to. Taylor discusses his health and talks about his last visit with his doctor. He says he had all his blood work done and mentions the fact that he has a larger than normal heart. He referred to it as a runner’s heart. Then he said something that grabbed my attention. He paused and said my doctor was concerned because I have Sleep Apnea.

I’ve worked for two companies that specialize in Sleep Apnea and Electrophysiology. There hasn’t been enough data connecting the two, but it is known that Sleep Apnea can trigger specific arrhythmias. VT or VF. If he went into VT or VF it would explain the Cardiac Collapse term that I’ve heard used by the Columbian authorities. I’ve heard people say that he died of a heroin overdose. The problem I have with that is that heroin overdose patients usually aren’t conscious and explaining that they have chest pain to the hotel staff. Sure, he could have had a heart attack. A total occlusion of the LAD. Left anterior descending artery. If that was the case, it would be very clear during the autopsy.

It’s known as the widow maker artery because if it becomes totally occluded (blocked) there usually isn’t enough time to get an angioplasty balloon to the precise location. That was obvious because they pronounced him dead at the hotel. With all that being said, it sounds like something triggered an arrhythmia, maybe AFib or an SVT and that then quickly became deadly when it spiraled into VT of VF. Without cardiac defibrillators there is no course correction. There is no coming back from that.

Opiates are known to cause a prolonged QT syndrome but that shouldn’t kill you. It sounds like it was a combination of things that triggered an initial arrhythmia and then it quickly spiraled from there. It’s frustrating when you see these headlines about an overdose. Or some idiot using the Queen song “another opiate addict bites the dust.”

How can people make that claim?

There is another side to this as well. I am a drummer and spent ten years touring and playing in the band Sunset Red. We were out of Chico Ca. It saddens me because I am the same age as Dave Grohl and I have kids the same age. Three years ago, I got the same call. My close friend and bandmate suddenly died. The strange thing is that he went to high school with Taylor, they knew each other in Laguna Beach back in the 80’s.

When I heard the news about Taylor my heart just dropped, and it brought me back to that place. Just an overwhelming sense of shock and grief. The post on the Foo Fighters website just broke my heart. Something to the effect that “a person who is such an overwhelming driving force can all of a sudden just be gone, never to return.” Being on the road and touring in different time zones, I can only imagine the sleep cycle Taylor went through. Up until 3AM just trying to come down from the natural high of playing at that level. I don’t think anyone can understand that.

It would make sense that he would want to take something that would help regulate that process. Again, unless you have stared at your ceiling after a gig with ringing ears and adrenaline still pumping, you can’t possibly know. To judge him or write him off as a drug addict is just wrong! I guess we will never truly know but my hope is that the band knows that he was suffering from something that could have triggered SCD. (Sudden Cardiac Death)

Terry Sullivan: Drummer for Sunset Red out of Chico CA.