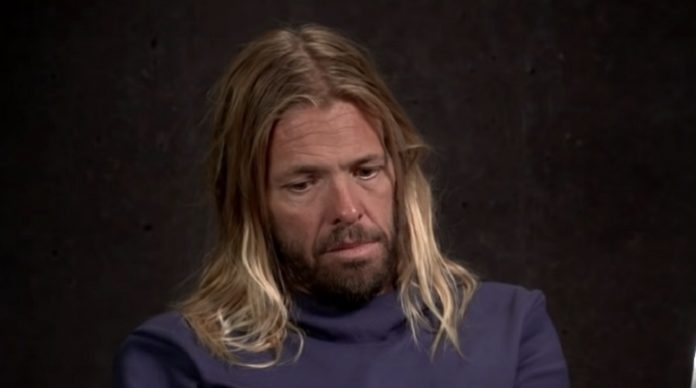 Foo Fighters’ late drummer Taylor Hawkins was a huge fan of Alice In Chains and Layne Staley, turning The Struts onto the band according to their singer, who will appear at the Taylor Hawkins tribute show.

Fans are wondering if Dave Grohl could return to Queens of the Stone Age during Foo Fighters’ hiatus after Taylor Hawkins’ death, but Josh Homme has been dealing with personal issues.

Queens Of The Stone Age rocker, Josh Homme was seen at the LAX airport with his children – two months after his daughter rescinded the restraining order she was first granted last fall. He was seen at the airport holding hands with his son Wolf as his son, Orrin walked nearby.

The two boys tried to take out a restraining order against Josh in September, but it was denied. In his testimony, Homme acknowledged that his relationship with his daughter has “had its ups and downs”. However, the rocker maintained that he continues to have a positive relationship with his sons.

He stated: “They’re my sons. I take them places. We play. I take them to the hardware store, go surfing, go to the beach. We make dinner together. It’s been good.”

It was said that Homme’s eldest son skipped visitation because he had no desire to see his father. The younger son recently resumed monitored visitation at the time. The boys, in their court documents, claimed their father was ‘scary’, and detailed allegations of abusive behavior. Homme strongly denied the children’s claims.

His attorney Susan Wiesner issued a statement at the time which read: “The allegations made by Ms Dalle against Mr. Homme are categorically false. ‘In order to protect the children, we will not be making any further statements.”

Homme’s daughter Camille, 15, also appeared to be with their father in the photo. Camille’s application for a restraining order was agreed by a judge in September 2021, but in April of this year, she revoked it.