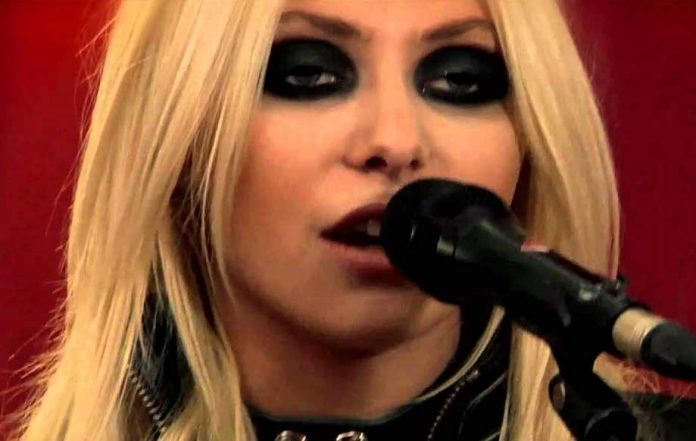 Going to get wetter than hell!? The Pretty Reckless singer Taylor Momsen took to social media via Instagram to showcase this picture where she is doing just that in absolutely stunning white lingerie. You can view the photo below! Taylor Momsen’s ‘no makeup’ in bed photo revealed.

In other news regarding Taylor Momsen and The Pretty Reckless, fans took to social media to discuss one of Momsen’s ‘Hit Me Like A Man’ EP. One fan exclaimed: “There are two songs that are on the album “Light Me Up” but these versions are live! I’m not usually one for live recordings, sometimes the crowd screaming gets in my way, but it was dimmed down in these recordings. There are three new songs, and they are fantastic! I’ve been a Pretty Reckless fan since I first heard Just Tonight when I received the single as a free download on iTunes. These new songs do not disappoint. They are hard edges, guitar riffs and Taylor’s voice at the forefront. This is Rock n’ Roll!”

The fan continued: “I have to take a moment to talk about Taylor Momsen’s voice. I’m a voice girl, I love or hate voices and in this case, I love it! I just don’t understand how someone so young can put so much into their voice. Her voice sounds as though she has lived one-hundred years and not all of them good. She just gets it right, and you feel what she feels as she is singing. When she hits certain parts of songs, I’ll even get chills on occasion. Taylor Momsen tight white nightgown photo revealed.

Taylor Momsen hit hard by horrible disease in photo. The fan concluded: “There are so many young starlets singing nowadays it becomes hard to distinguish between all the teeny-bopper voices and cookie-cutter songs, this is not the case with actress turned musician Taylor. This is one of the rare cases where I feel like an actor turned musician actually works. I think the only other instance I can think of where the actor turned musician makes you forget that they even acted is Jared Leto of 30 Seconds to Mars. These two would probably tell you that music was in their blood before acting was even a thought.”