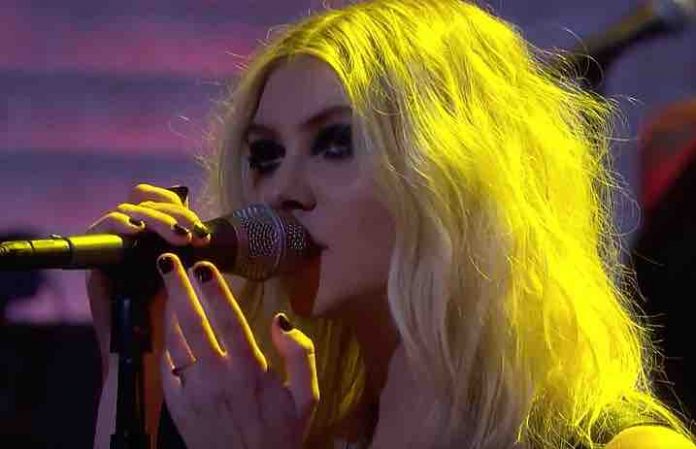 A superfan of the Pretty Reckless frontwoman Taylor Momsen recently uploaded a new photo via Instagram, showing that Momsen is without a doubt, America’s gothic sweetheart. Taylor looks dark yet elegant in this all-black, tight outfit with lace stockings and accessorized with a stunning black hat. You can view it below. Taylor Momsen ‘tiny’ shorts photo with abs leaks.

In other news regarding Taylor Momsen, fans recently to the subreddit for Momsen’s highly acclaimed show Gossip Girl to discuss whether or Momsen, who played Jenny Humphrey on the show acted ‘nice’ on set. Prolelol got the ball rolling by proclaiming: “I’m on the episode where it’s her final appearance. I know she was a different person than everyone else on set, left the show to quit the acting which I respect her, but she was friendly and kind to people on set or was never friend with them? Also, why she listed in the credits on all 4th season, even she appeared only four episodes? Was Jenny originally to appear in every episode? I’d like to know more about that, thanks!”

Taylor Momsen tight red leather outfit photo recently leaked. EmiGoesMoo responded by saying: “I remember reading something at one point that said she was cut partially because she was too much of a diva on set, but it was easy to justify because the actress wanted to move on anyway. I think I also heard that on top of her having a generally bad attitude, she kept demanding more money. I remember thinking, “Oh, so she went off the rails like Jenny did.”

Taylor Momsen tight shorts at beach photo revealed. xArianaxx chimed in by putting: “I don’t know, I’ve read some rumors that she was a “diva” on set (whatever that means), and some guy from Project Lady called her out on not remembering her lines when they had a scene together, but I think that’s the only instance of her “difficult” behavior (correct me if I’m wrong). But she supposedly was focusing a lot on her music during that time and was under-sleeping so I guess that could have been a reason why those rumors began. I’ve seen some bits and bloopers and she seems silly and normal, laughing and all, but you never know. Also, didn’t she leave out of her own will?”