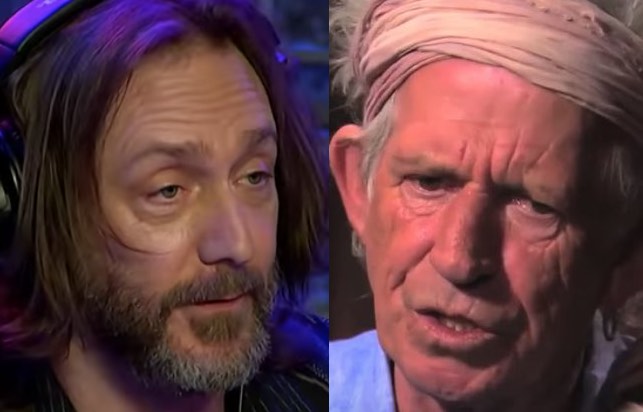 MarksFriggin.com recapped: Howard asked Chris about how he and Rich they got back together. Chris said they worked through a third party. He said he figured this could be the most punk thing they could do. Rich said they thought it could be cool to do this.

Howard Stern revealed the rumored new Van Halen singer yesterday. Howard had the guys perform their song ”Jealous Again.” After the song Howard said they still have it. He said that was a lot of fun to watch. He said go out and see them on tour.

Howard said he likes to look over his notes while people perform but he had to watch this performance. Howard asked how they wrote that song together. Rich said he came up with the intro first. He said he wanted to write a song like Tumbling Dice. Chris said Keith Richards band performed that song and said it reminded him of something. He said of course it did because it was just like their song.

Chris said he met Mick Jagger at a show they did right before they got fired from ZZ Top. He said Mick made a comment about how he was seeing himself from 1974 there. He said he was probably insulting him but he took it as a compliment. Keith Richards was caught sleeping with a member of The Rolling Stones in an unearthed photo.