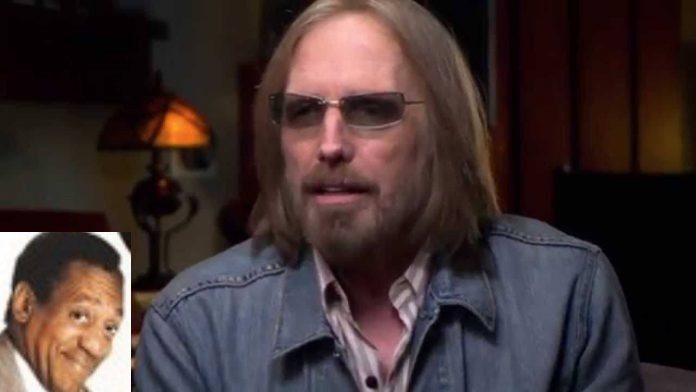 Tom Petty‘s daughter Annakim Violette recently took to social media via Instagram to ask of her fans to caption this old movie poster staring disgraced rapist actor Bill Cosby. The film, Ghost Dad is a comedy that was released in 1990, directed by Sidney Poitier and starring Bill Cosby, in which a widower’s spirit is able to communicate with his children after his death. It was critically panned and remains Poitier’s last directorial effort to date. Tom Petty’s daughter recently revealed this creepy Prince photo.

The film has Bill Cosby in the staring role, Cosby held an active career for over six decades before being convicted and imprisoned for sex offenses in 2018. Currently, the film has an overall ‘fresh’ rating of 6% on the movie website Rotten Tomatoes. Howard Stern newly revealed what Tom Petty ’smoked’ before death.

Some of Petty’s adoring fans came prepared with their fully loaded comments on Annakim’s Instagram. Bethbethnyc  responded: “Even in death, Ghost Dad’s got his creep on!”

Whereas Pettyfiveband put: “Keep your hands off of Ghost Mom.”

Tom Petty’s bedroom photos were recently revealed his family. Kelanseanmclain was not having in on the jabs when they commented: “I can separate art from artist. That being said, I loved this movie as a kid.”