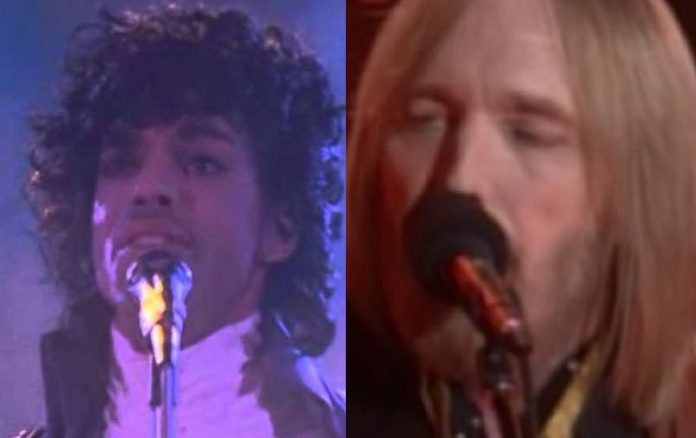 Tom Petty‘s daughter Adria Petty recently unveiled this photo of the iconic late musician Prince, depicted nude and laying on a flower bed. The photo is actually of Prince’s tenth studio album Lovesexy. Adria said: “I wish you love I wish you heaven, I wish you heaven. Happy birthday your purple majesty.” – the former part of that sentence being a reference to the album track ‘I Wish U Heaven’.  Howard Stern newly revealed what Tom Petty ’smoked’ before death.

A fan named bikeluver_susie wrote the following in response to the picture on Adria Petty’s Instagram, saying: “He [Prince] was a musical genius like your dad. Not quite as good in my book but a genius in his own right. I love that he gave away some real hits just because they didn’t suit what he was recording at the time. Tom Petty bedroom photos were recently revealed his family.

The user later added: “Here is a tidbit about his property. That land belonged to my uncle somehow someway. I remember my dad and uncle talking about the offer Prince had made how he wanted to refuse it because he didn’t want the craziness that it would bring to the area. All I can say is money talks.”

Tom Petty’s family recently called out a heroin party secret. Another fan named psychodrama_x said: “First it was Little Red Corvette, came on my radio when I was cutting school one day.. then a few years later, Purple Rain, I was fourteen years old and nothing would ever be the same again. “I guess I should’a known, by the way, you parked your car sideways that it wouldn’t last.” Greatest lyric ever!