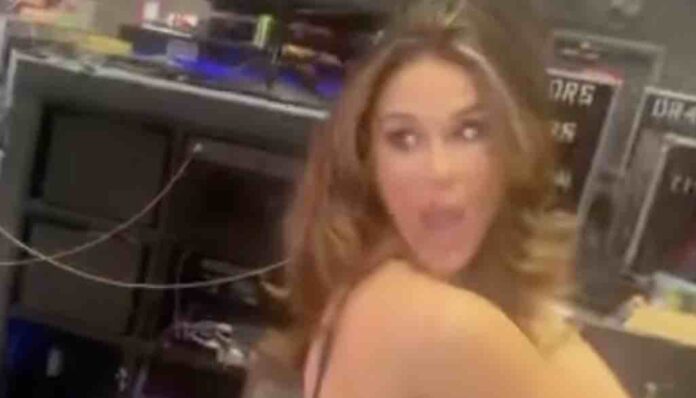 Tommy Lee recently posted a Motley Crue rehearsal video where he drums on his wife Brittany’s behind.

Phil Collen talks about a tour with Motley Crue

In a recent interview with Chile’s Radio Futuro, Collen was asked if fans can expect to see the band touring South America in support of the group’s latest LP, “Diamond Star Halos”. He responded: “Definitely. Obviously, this year we’re touring the States with Motley Crue, Poison and Joan Jett. And that starts in a couple of [weeks]… But the tour is gonna be three years — at least three years — for the album. [We’re doing] America this [year]. Definitely next summer is gonna be Europe. And then South America, Australia [and] Japan — next year, hopefully at some point, we’ll be playing all of those markets.”

When asked to clarify that the same package that is touring the U.S. will be hitting all the other markets as well, Phil said: “That’s what they’re talking about. Obviously, I can say, ‘Yeah, let’s do that,’ but we’ve gotta ask them as well. But I think Motley Crue have signed up. So hopefully that’s all gonna come, and Joan Jett and Poison. That would be amazing.”

It has been noted that Def Leppard is set to launch “The Stadium Tour” with Motley Crue and guests Poison and Joan Jett & The Blackhearts on June 16 in Atlanta, Georgia. The 36-date trek, which is due to wrap September 9 in Las Vegas, was originally scheduled to take place in the summer of 2020 but ended up being pushed back to 2021, and then to 2022, due to the pandemic crisis.