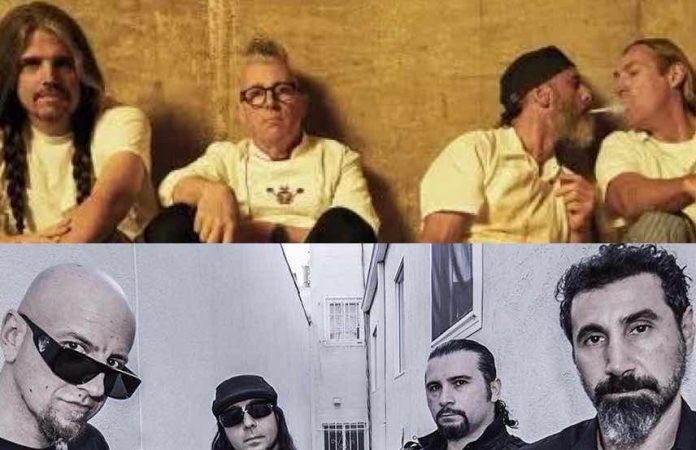 Tool bassist Justin Chancellor joined System of a Down bassist Shavo Odadjian at a party a few days ago. Shavo wrote on social media, “Had so much fun last night at Justin and Shelee Chancellor’s Christmas party with @mrssoniao. You guys rule!! #christmasparty #holidays #chancellormanor #tool x #systemofadown #goodtimes.” When a fan suggested they form a band in a comment, Shavo winked, hinting that something is in the works! System of a Down members played with a famous replacement singer recently.

He really could sing this part if he wants, so he’s letting the audience take over for a reason. Unless he just doesn’t like the part and regrets writing it.”

Madtiiib responded, “I made a very similar post but focused on Maynard making a stadium full of people proclaim their complacency to tragedy.”

TheGreasyCigarette chimed in, “I always thought it was because he has trouble hitting the notes, I heard they had to bring the song down a few keys.” System of a Down revealed a sad Tool performance photo last week.