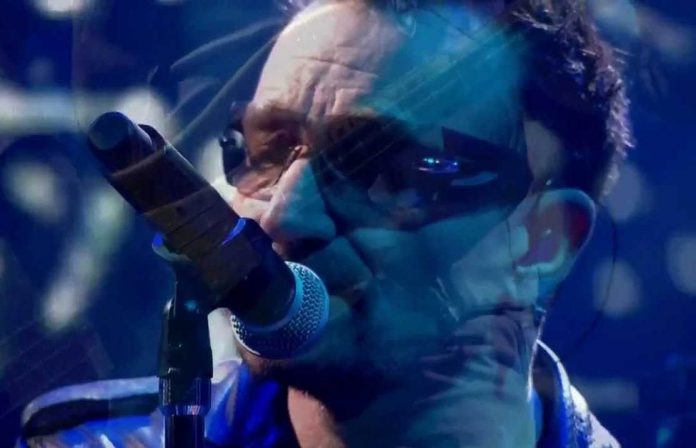 It was a beautiful day for U2 and Bono superfan and contributing New York Times photographer Peter Prato as he took to social media share this photograph with himself and iconic U2 frontman, Bono. The photo tells how he publicized Bono’s work with a drone delivery service of medical supplies. U2 singer Bono allegedly ‘grabbing’ young girl revealed.

Prato wrote: “Last September I hired Erin Conger to help me on a project publicizing U2 singer Bono’s work with Zipline, a CA-based company working on drone delivery of emergency medical supplies to hard-to-reach areas. Here’s an image she made of me desperately trying to play it cool.”

U2 member ‘threatened’ at party, was Bono wasted? In other news regarding U2 and Bono, fans recently took to social media to discuss one of U2’s most classic albums – ‘War’. One fan proclaimed: “I’ll admit that the first couple times I heard “War” the only songs I liked were the first four. After you’ve listened to it for a while, though, the songs definitely grow on you. I think part of this was because Bono’s voice, even though it’s pretty incredible most of the time, becomes a little questionable in certain songs (see “Drowning Man” for an example). However, if you listen to the songs enough then you begin to understand that it actually tends to work with the lyrics. The lyrics are about the troubles of war, and Bono sings, especially in the song I mentioned, like someone who’s wailing or crying – it definitely works with the material given.”

The fan continued: “Most people only know the two hits off this album (“Sunday Bloody Sunday” and “New Year’s Day”), and while those are classic songs the rest are just as good. The lyrics are especially interesting, memorable and deep – “Sunday Bloody Sunday” being the best example, I’d argue. Musically no other band sounds like U2, and considering this came out in the 80’s one can see how influential this album was. Bono’s voice might not be for everyone on some of the songs, but those with an open mind will be able to look past that. All in all I’d say that this is another U2 classic and one that most people should really enjoy! Absolutely recommended!”  U2 member ‘threatened’ at party, was Bono wasted?

Last September I hired @ErinConger to help me on a project publicizing @u2 singer Bono's work with @zipline, a CA-based company working on drone delivery of emergency medical supplies to hard-to-reach areas. Here's an image she made of me desperately trying to play it cool. #U2 pic.twitter.com/4286TZIwvc