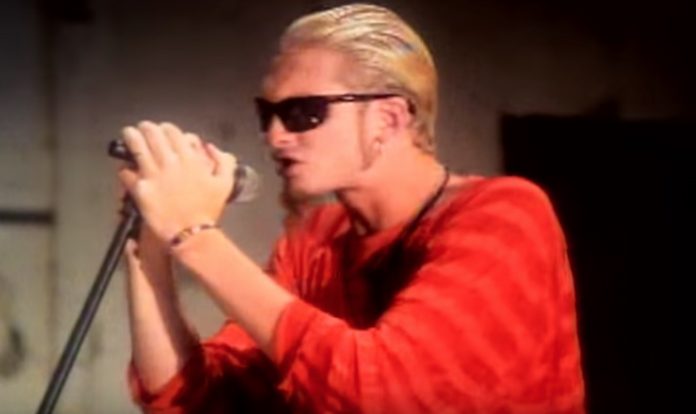 Alice In Chains singer/guitarist William DuVall has shared a new photo from the band’s pop up shop and museum featuring a board from the 1995 self-titled album recording sessions at Studio X, the last album to feature Layne Staley. The board features titles never before heard, many seem like jokes, but they include: Piss Shivers, Bat Guanoe, Settling Down, Big Big Money$$$, Tall Are We, Felcher Spinchter, Fogchucker, T.V. Show Theme, It Doesn’t Matter, and Care To See. Two titles are too unclear to see, including a title with Big Little and Moby The Phatastoopit. View the photo below.

Alice In Chains returned to Studio X in Seattle to record their new album Rainier Fog. DuVall admits in a new Pop Matters interview that there was some initial trepidation ahead of the mission. Whatever anxieties were in the air before the band plugged in at Studio X for the first time began to dissipate once sessions got underway.

“In doing that you are, in a respect, confronting history,” he says. “You’re always aware of that. You’re carrying that around with you in the back of your mind. Sometimes it comes to the forefront. For the other guys, it was literally confronting their past. For me, it was confronting my own place within this band, going back to square one in Seattle.”