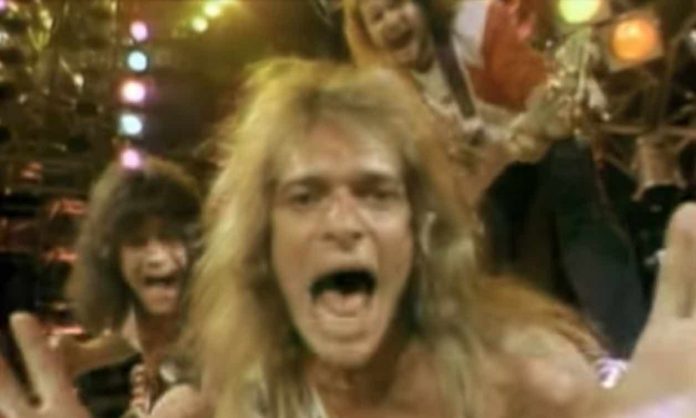 Kurt Jefferis discussed winning an MTV contest to meet with Van Halen in a New York Post’s Page Six article. Jefferis had suffered brain trauma a few years earlier after falling 13 feet off a stairwell (which he did not tell MTV), and he said that he was ‘in pain’ after an alleged night of partying with David Lee Roth and Alex Van Halen. The list of drugs and alcohol backstage, according to Jefferis, included cocaine, marijuana, champagne, Jack Daniels, and beer.

First things first, Jefferis told The Post, “a guy handed me a bottle of Jack Daniels. I took a sip and asked for more.” After being passed a joint, “I took a couple hits and a couple more swigs of Jack Daniels.”

During the show, Jefferis got smashed in the face with cake and showered in champagne by the band members, then he went backstage, where there was a feast of lobster, filet mignon and cocaine.

“I did a couple lines. Then David [Lee Roth, the singer] said, ‘I think Kurt needs Tammy,’” Jefferis recalled.

The groupie “took off her clothes and started dancing naked. The two of us wound up together in the shower.”

“I blacked out, and the next thing I remember is waking up in a hotel room bed,” said Jefferis, now 54. Tammy was long gone and “my head was killing me.”

But he still had another day of partying with the band. So Alex Van Halen told him to shotgun a 16-ounce beer. A hung-over Jefferis declined, but the drummer wasn’t taking no for an answer: “Alex said, ‘Kurt, you are not leaving this spot until you drink it.’ ”

In the Motley Crue biopic ‘The Dirt,’ an actor playing David Lee Roth is seen snorting cocaine at a party, even after a mirror falls on him during a fight.