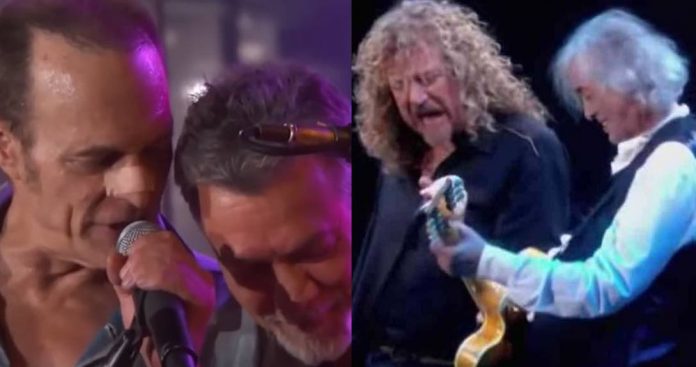 Roth said, “I’m one of a half-dozen frontmen that after two beers the whole world can imitate. Everybody has a David Lee Roth imitation, just like you have a [Mick] Jagger imitation and now you have a Freddie [Mercury] imitation.”

Forbes asked, “Who are the other frontmen?”

Roth responded, “Nobody imitates Steven Tyler or Robert Plant. Those are static singers that are a little bit closer to a [Frank] Sinatra. I’ve been dancing, they don’t dance. They perform and they present a little closer to what [David] Bowie did. Bowie didn’t dance either. Neither does [Bruce] Springsteen. Springsteen is a job site foreman at a construction site (laughs). I’ll imitate. [Walks around] ‘Finish those gaskets, Armin, I’m buying lunch.’ They don’t dance.”

David Lee Roth recently made a surprise appearance at the Ultra festival with Armin van Buuren. Greta Van Fleet and Robert Plant are both set to play the 50th anniversary of Woodstock in New York in August. Greta Van Fleet won the Best Rock Album Grammy in February.