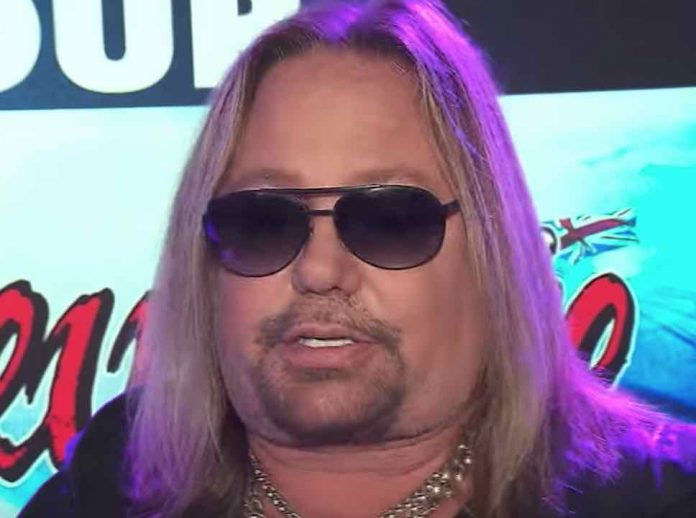 Motley Crue member Vince Neil is seemingly happy with the band’s performance at the Stadium Tour that has generated a massive paycheck for them.

Motley Crue ‘The Stadium Tour’ was a huge success

Billboard reported that Motley Crue and Def Leppard’s “The Stadium Tour” has sold 1.3 million tickets, and earned $173.5 million so far. This marks the run as the best-selling tour of either band’s career. On all dates, both groups have been supported by Poison and Joan Jett & The Blackhearts.

It has been noted that the biggest slice of the tour’s earnings came from Boston, where the bands performed two concerts in August and sold 64,000 tickets, resulting in a total of $9.3 million. Motley Crue and co. reported an average gross of $4.96 million per night from 37,520 tickets sold, with 4 individual shows passing the $6 million mark.

The most impressive fact is that for both Crüe and Def Leppard these numbers mean that both bands were drawing more than 3 times the audience than they would by themselves, on average.

Nikki Sixx recently revealed that he was against the idea of reuniting the band for the massive “Stadium Tour” at first. He also shared a few impressions from Mötley’s recently wrapped-up tour.

Motley Crue bassist Nikki Sixx told Entertainment Tonight that returning to the road with his bandmates has been “unbelievable. I’m so grateful to be doing this, and it started, like, three years ago when the movie came out — two and a half years ago,” he said. “We kind of, we broke up the band. We just decided to quit touring. We’ve been doing it for, god, 35 years at that point.”