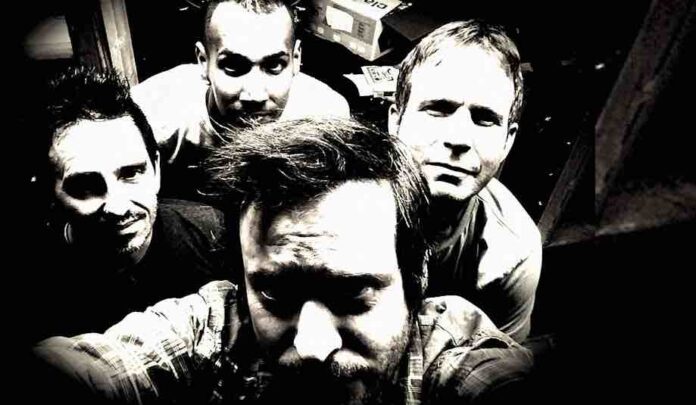 In case you are not yet familiar with Whitbeck, you certainly need to be. The band is doing things not yet seen or heard before in the manor that they present their music. The music that they make is loud, catchy, hypnotic, and above all else: incredible.

Listening to the recently released album by the band titled ‘January 22’ has been an experience through and through. The album is full of incredible guitar riffs, big bass sounds, reverbed out vocals, and drums that seem to go on forever.

This band brings so many amazing acts to mind after listening to their newest album in full. At first, you hear shades of Bush which then goes into shades of more current bands like Breaking Benjamin, all while getting to a point of hearing parts that remind you of Pearl Jam.

The band is stacked inward and outward. There are pieces throughout the entire album that make it easy for someone to fall in love with. The songs all make sense together and work very well together and drive through the entire album. There’s no long pause in this album. The songs all seem to move forward all while at different paces, which is incredible to achieve. This speaks volumes on how great this band is and what’s to come for them.

Ambitious would be the right word for their album ‘January 22’. This is how the direction of rock music is going. Taking a step back and just letting the music move as you close your eyes, you can see what rock would look and sound like in space as an astronaut. That’s the vibe that this album gives, ‘Space Rock,’ and it’s such a feat to be able to coin such a term as just one band. They should really run with that and create a whole brand around the genre term.

The best is yet to come for the band and there will be an explosion coming for them in the very near future.