Late Rush drummer Neil Peart telling a friend to not ‘freak out’ when he informed him he had brain cancer in summer 2016 was just revealed, along with Geddy Lee’s reaction. The last publicly released photo of Neil Peart before his death surfaced last week.

Chris Stankee, who works for Zildjian cymbals, wrote, “In August of 2016, Bubba wrote to me from his place in Quebec where he spent every August. ‘So… We’re having a brain tumor. I’m fine. Don’t freak out. And don’t put it on Facebook!’ To which I replied, ‘Good! Maybe it’ll dumb you down just enough that the rest of us will understand what the hell you’re talking about most of the time!’

You see, if you made him laugh, which wasn’t easy to do because Lerxt and Craggie set the bar so high most of his life, you’d be rewarded with his bellowing laugh that betrayed his normally soft spoken and composed demeanor. I’ll never forget that laugh as long as I live. He said ‘we’re’ having a tumor because he knows all too well the effects of cancer on loved ones. Hell, who doesn’t, right? He wanted it kept quiet because that was his way.

Geddy and I spoke the other night about how hard that was for us to bottle that up the last 3.5 years. To those I was able to confide in, I thank you. To those who I had to deflect and change the subject when asked, I’m sorry. I know you understand. To have shared in his adventures is my life’s honor. I’m grateful for the friendships, now family formed in his circle. They know who they are. We share your grief and are comforted by your tributes. He would hate all the fuss, but would understand.

We all knew him as a supreme musician, writer, adventurer etc. But also know he was this. A thoughtful father, reading to his daughter, her head on his shoulder, holding her hand. ‘Freeze this moment a little bit longer. Make each sensation a little bit stronger. Time Stand Still.’ He loved that album. We listened to it often, on 10. I invite you to do the same. I’ll see you again friend and we shall revel! ♥️ “#neilpeart.” Rush’s last statement before Neil Peart died was released last week. 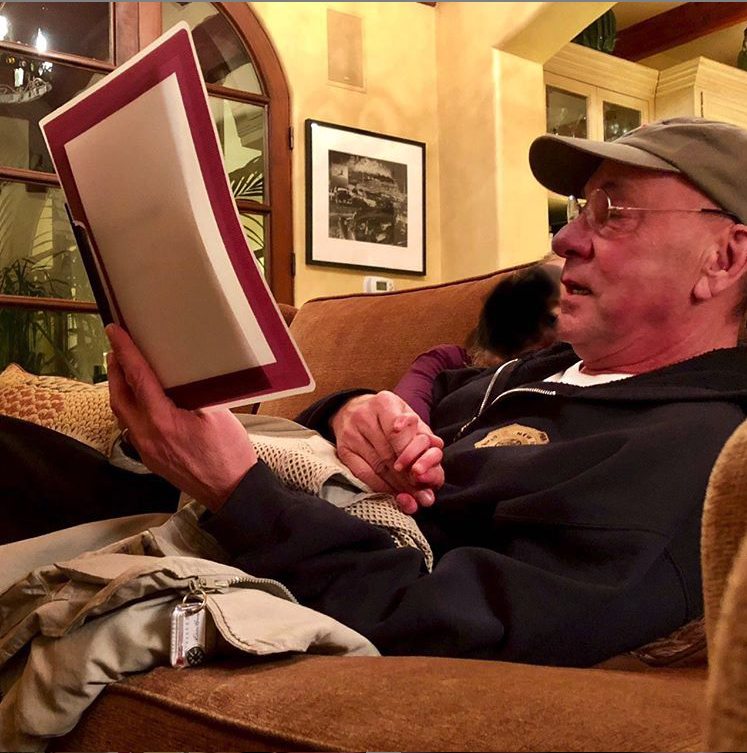