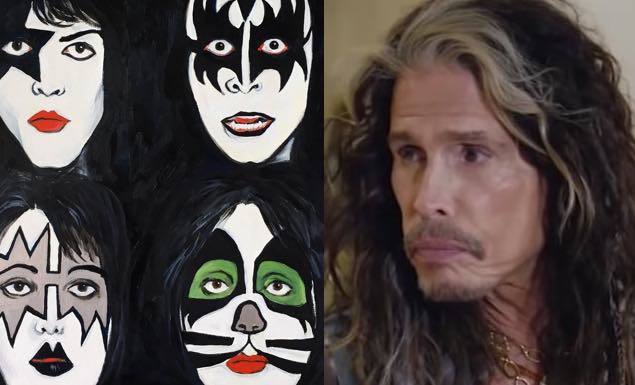 Aerosmith and KISS. From one legend to another. Peter “The Catman” Criss, formerly of the band KISS on social media the other day received a very happy birthday from Aerosmith’s own, Joe Perry! Criss turned 74 years old this past week on December 20th. Perry wrote the following birthday wish: “Happy Birthday Peter “The Catman” Criss. Have a great one, my friend!” KISS bad ticket sales revealed, a blow to Paul Stanley?

Criss has been left out of the KISS farewell tour by Paul Stanley and Gene Simmons. It wasn’t just birthday wishes coming from A-lists but multiple members of the KISS Army took the time to not only wish ‘The Catman’ a very happy birthday.’ but sing his praises within a new topic on the KISS subreddit.

Gene Simmons daughter revealed KISS show lip syncing a few days ago. One Reddit user stated: “You can argue about who is the best drummer in KISS, but you can’t deny that Peter had a unique playing/jazz style that is undeniable. His Destroyer work was his best in my honest opinion. KISS has definitely been blessed with some great drummers. Happy Birthday, Pete. Here is to many more.”

With another one replying: “Absolutely. The feel he had in the early years of Kiss was great. Even when he was playing straight 4/4 stuff (which is much of rock music anyway), it had a great bounce to it and is easily identifiable as him, whereas many drummers with better chops play 4/4 in a much more non-descriptive way. Many “best drummer” arguments end up being about fills and speed, but being able to anchor the song in a way that makes it feel good is actually far more important (especially in a band like Kiss), and Peter Criss did that as well as anybody in the early years.

KISS icon Paul Stanley looks ‘miserable’ in train station photo. The user continued: “I also give him praise for how seemingly happy he is these days. All accounts I’ve seen from people that have met him over the past few years have been very positive — that he seems appreciative, talkative, outgoing, thankful, etc. If that’s the case, good for him to reach a point of happiness and peace in his life.”

Happy Birthday Peter “The Catman” Criss. Have a great one my friend! pic.twitter.com/pD2SSdUoc2