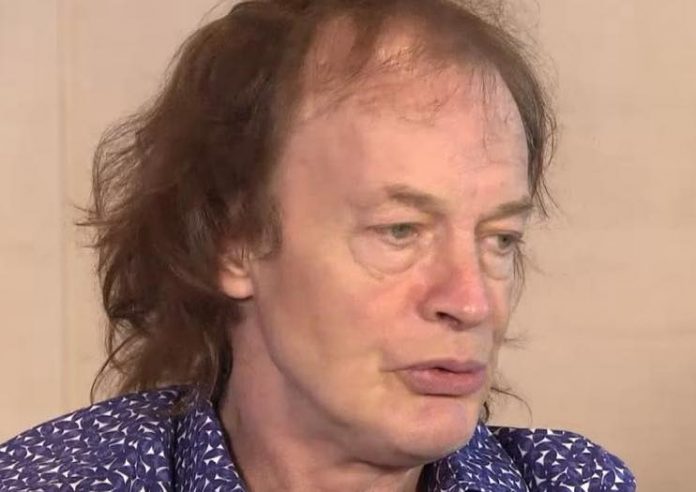 AC/DC guitarist Angus Young has reportedly suffered a horrible loss in his family, with ACDCFans.net claiming that his sister has passed away, just a couple of years after the death of the legendary Malcolm Young after a battle with dementia. An AC/DC icon being ‘in denial’ about Angus Young firing him was detailed last week.

Peter Dankelson tweeted, “Another sad day for ACDC fans. Margaret Young, Angus and Malcolm’s sister, passed away. It was her that encouraged Angus to wear the school suit and her sewing machine gave us the band name that we all know and love. Poor Angus has been through a lot recently. 🙁”

LondonOntario responded, “Very sad. I hope she realized she was an integral part of the AC/DC history and legacy. RIP.”

Briany said, “God damn, what a terrible last few years it has been for Angus and the rest of the Young family.”

tomscotland chimed in, “I’m worried about Angus. Not in a mawkish fanboy way, but just out of concern for the hammer blows he’s been dealt this past few years, one way or another.”

Angus Young revealed a big name rejected an AC/DC tour. Spellbound added, “Honestly, that has been my concern since Malcolm and George passed. Ever since his parents died, it’s been one sibling every other 2-4 years. As emotionally distant as the Young’s are known to be, there is no way that it isn’t getting to him now that his entire family he grew up with is gone.

What a sad day. Rest in peace Margaret, and all my condolences to the family, especially Angus.”

Brads AC/DC posted, “Incredibly sad news for the Young family and for AC/DC. What a horribly sad past few years for Angus and the whole Young Family. I really feel for Angus for the terrible losses he’s suffered one after another in such a short period of time. R.I.P Margaret Young ;-(.”

Rikha said, “Very sad news…I remember watching the ‘Behind the Music’ and it was the only time I ever saw her doing an interview on the band. Of course I’ve read and even seen Angus and Malcolm talking fondly about her and her help in the very beginning of the band. Does anyone know how old she was?”

carolinareaper responded, “Oh dear – there was a rumour she was ill a few months back. Sad for Angus to loose the last sibling too.

Dhards95 commented, “Damn, that’s a shame to hear. Hope Angus and family are Ok. It’s not been easy for them recently. Her contributions were small but massive considering how popular ACDC are.

This could explain why maybe this supposed new album hasn’t been released due to margaret being in poor health?” Brian Johnson revealed a sad Metallica singer injury yesterday.