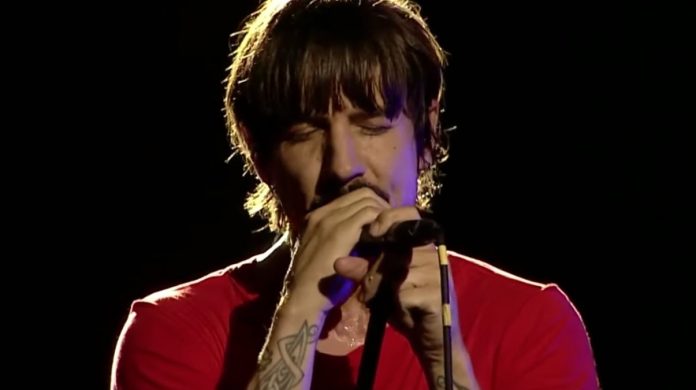 Flea said he ignored Kiedis’ book for a long time, but would sometimes pick it up and read parts, which led to anger.

He added, “I don’t know why that’s difficult for me. It’s just hard. I picked it up once and looked at it a little bit and I was like ‘Oh, that’s cool that you said that,’ and I read another part and was like, ‘Why did you say that? What the fuck?’ You know what I mean? I didn’t want to have to walk into a room and record with him and have these conflicted feelings about our different viewpoints from our lives.”

Chad Smith reportedly discussed Red Hot Chili Peppers’ dismissal of Josh Klinghoffer meeting last week. Red Hot Chili Peppers fans recently discussed Flea’s role in replacing Josh Klinghoffer with John Frusciante last month. Poolove69 posted, “Flea is a good guy and he does mean that stuff, it’s just that here he’s caught between being a good guy and the will of the band. John is not an original part of the family but he does have a special place with them.

I love the guys, and I’ve been waiting for John to come back to the band for a while, but it does kind of have a bitter reality to it, at least for me. I definitely feel bad for Josh and sort of think the situation prob could’ve been handled better but who knows.”

ArgentStrat responded, “I don’t really understand how he wouldn’t be a good guy because they didn’t want to continue with Josh? If things aren’t working out with one guitarist and/or you have John Frusciante wanting to join your band, you would just be stupid not to let John in.

If they think John will contribute in a better way than Josh, they have to go with him. The music should go first and I think Flea believes in that.” You can read the full Flea piece at Junkee.