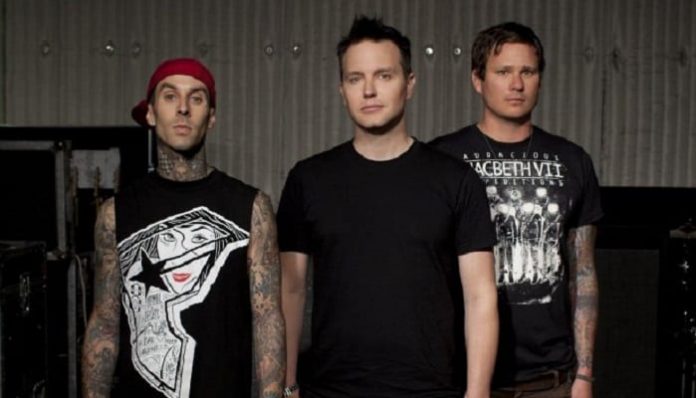 The tour of Blink-182 is set to begin in Mexico on March 11th in 2023 and there will be arena and festival dates in South America, North America, Europe and Oceania. The tickets will go on sale next Monday (Oct 17) at 10:00am local time. However, there is also an artist presale which has started today (Oct 12) at 10:00am local time. To get access to the artist presale, simply sign up to Blink-182’s mailing list where you should receive a unique presale code where you can buy the tickets early. Prices for the tour are yet to be officially revealed, but they are surfacing in pre-sales. One of the fans dropped a screengrab of the ticket-buying process and it has come to light that the tickets are quite expensive, with fans complaining on Reddit. Tom DeLonge said, “So, this little trio has almost sold out the entire world in a few hours on the advanced ticketing opening… Jesus. Yes, I’m tripping. Adding new shows, extra dates in cities, those almost sold out completely yesterday, too… Tomorrow, the rest of the General tickets go on sale. Please try and come ❤️. Scalpers are going crazy on the ticket prices, sorry ugh… That isn’t us. @blink182.” Tom DeLonge is officially back with Blink-182 and it seems Matt Skiba has been let go. The band has reunited with the classic line-up. It has been noted that a massive world tour and new music are planned for the future.

Jason Tate recently opened up the Blink-182 tour announcement this month in his last two newsletters. It has been noted that Tom DeLonge is trying to get Turnstile on tour. He also noted that October will be ‘fun’ as fans will witness releases from Taylor Swift, Carly Rae Jepsen, and The 1975.