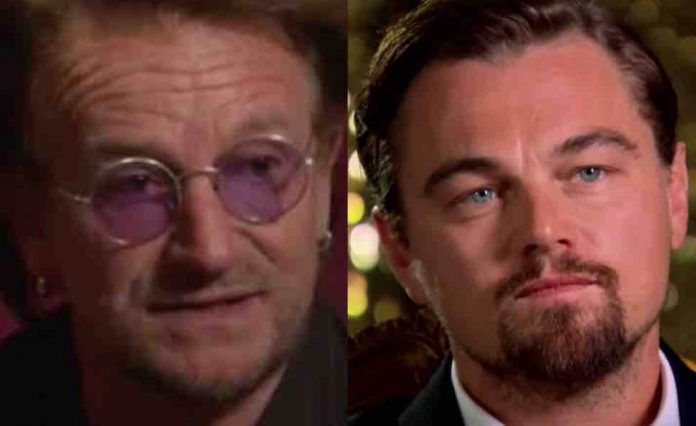 U2 frontman Bono‘s daughter, the incomparable Eve Hewson recently took to social media via Instagram to showcase this photo of A-list actor Leonardo DiCaprio in his classic film, ‘Romeo and Juliet’. Hewson then explains how the film messed up her expectations of men and film. Bono ‘replacement’ new female U2 singer revealed.

Hewston posted on the social media outlet: “This movie royally ****ed up my expectations of both men and film since I watched it for the first time when I was 13. Juliet married Leonardo DiCaprio after knowing him for 12 hours and I can’t even get a text back. Thank you to William Shakespeare for the years of therapy I’ve been in because of my “Romeo” issues, and to Baz Luhrmann for making such a gem that no film will ever compare.”

In news featuring Hewston’s rock star father Bono and U2, fans recently took to the U2 subreddit to discuss the biblical meaning of some of U2’s lyrics. Popsadie said: “Indian Summer Sky is my 3rd favorite UF song. It feels really spiritual to me. I suspect the ‘wind’ blowing through to his heart in the song is a metaphor for the Holy Spirit..” so wind go through to my heart..so wind go through my soul.” Bono daughter creepy U2 robe photo revealed.

Fellow Reddit user Turgon19 concurred by replying: “Agreed, one of my favorite things about U2’s albums, especially in the earlier days around this time. They really went for themes and soundscapes in each song. This was one of them.”

While another_name put: “I’ve said this repeatedly here but “Wake Up Dead Man” is essentially a straight-up attempt at a Psalm (a fairly successful one, to my mind). He even makes a meta-reference to the device you talk about trying to rhyme meanings rather than words: “listen as hope and peace try to rhyme.” Bono daughter ‘dirty’ U2 swimsuit photo revealed.