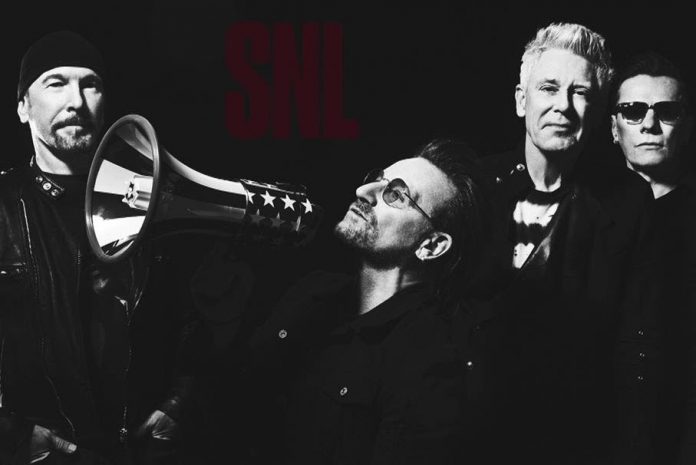 U2 and Bono superfan hayaldrm, posted the following picture of herself with the U2 singer, along with the allegeded and purported claim that she will be featured on the latest U2 album. She wrote via Instagram: “Collaborating on the next album.” You can view the post below. Bono daughter creepy U2 robe photo revealed.

In other news featuring U2 and Bono, fans recently took to the subreddit of the band to discuss how 2000-2002 has to be, in the opinion of the U2 community, one of the most significant and prolific periods for the band. Aki-d4fer said: “I feel that much of the Millon Dollar Hotel material goes hand in hand with stuff from All That You Can’t Leave Behind because of the continuity in the production, for example When I Look At The World, Grace, New York, In A Little While, Falling At Your Feet. I’m talking about some of the sonic aspects such as the shrieking guitars from stateless and when I look at the world, and Lanois’ input with rhythm guitar and use of steel pedal and Eno has great synth contributions on every song which makes even the blandest tracks on All That You Can’t Leave Behind somewhat powerful, see the final coda of Wild Honey for example.” Bono daughter ‘dirty’ U2 swimsuit photo revealed.

Whereas Zoonationalist replied: “Except for ‘All That You Can’t Leave Behind’, which I find to be extremely pedestrian and uninspired. But everything surrounding it—b sides and all—really connect with me. Imagine if they had done a full U2 album rooted in their Million Dollar Hotel work? That would have been unreal.” Bono’s daughter tight corset photo stuns U2 fans.