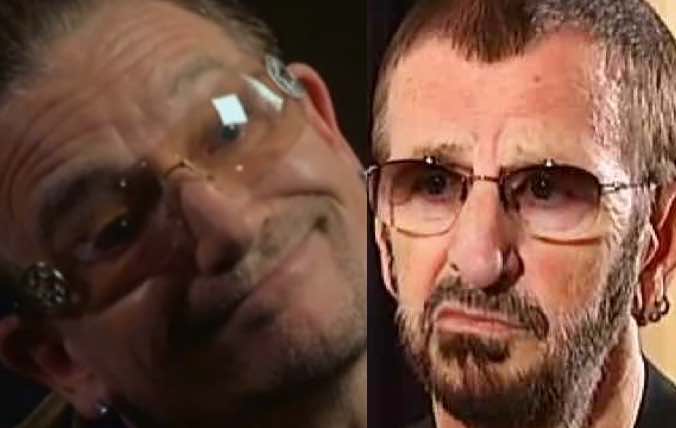 Creepy Ringo Starr news! On Instagram recently, Jordan Joy Hewson, the daughter of U2 frontman shared this creepy yet thought-provoking photo that was snapped by the one and only Ringo Starr. You can view this photo below. Michael Jackson family drops creepy Ringo Starr bombshell.

In other news regarding Ringo Starr, fans recently took to the Beatles subreddit to discuss what they believe was Ringo’s greatest vocal performance – With The Beatles or as a solo artist. Godot1138 said: “Bye Bye Blackbird” off of Sentimental Journey (1970) is a really good showcase of a song that is perfect for Ringo’s range. The whole Sentimental Journey and Beaucoups of Blues albums are centered around Ringo’s vocal range and are pretty solid performances by him.”

The user continued: “My personal favorite vocal performance by Ringo is “Gone Are The Days” off of Liverpool 8 (2008). The first half of the song is a psychedelic vocal cacophony leading into a very heartfelt performance. The notes he hits aren’t particularly impressive, but again like his early solo performances and work with The Beatles, the song is centered around the notes he can hit.” Ringo Starr bad ‘last words’ to John Lennon revealed.

While roastBeefDiseaseBlue suggested: “Listen to his solo music! It is nothing new to say he wasn’t a great vocalist, but he has a ton of great music that people overlook beside the hits. I would agree with “Boys” though. When I saw him live it blew my mind that he was (2018) 78 and his voice really hasn’t changed ever. Seeing him do boys live was a life-changing moment for me. But to me, the vocalist and singer are kind of different. His voice also is the strongest on Carry That Weight, to me, it overpowered the rest.”

Later stating: “With the songs he sings yeah his voice does a great job, but Paul (and to an extent John, but especially Paul) could do so much more with their voices in many styles of music. Songs like Monkberry Moon Delight, Maybe I’m Amazed, Beware My Love are all better than anything Ringo could do. But that doesn’t mean I hate Ringo, he has my third favorite solo career of them all. He definitely does the country genre better than Paul does. I dont think Paul’s voice fits that genre well.” Ringo Starr leaks heartbreaking last John Lennon photo.