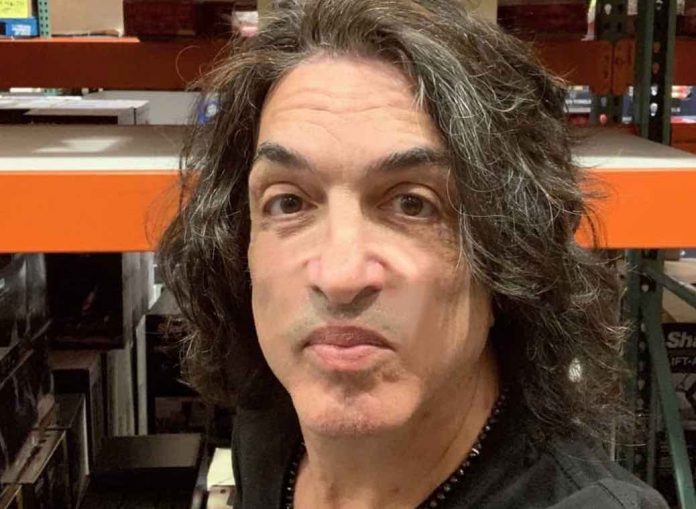 Paul Stanley has got a huge package he sent! A-list magician Criss Angel sent some showstopping praise to KISS frontman Paul Stanley recently as the popular entertainer took to social media via Twitter to showcase this video of this huge package of sweet KISS swag that Stanley sent to Angel and his son, Johnny Christopher. The five-year-old is currently facing a battle with cancer and the smile on his face when he first sees the package will blow you away and melt your heart. Paul Stanley KISS ‘drug meltdown’ rant leaks.

Angel tweeted the following on Twitter: “We want to thank you so very much, Paul Stanley, of KISS for the huge package of amazing KISS merch and your latest awesome PUMA collection. We are very grateful for you my friend.” You can view the tweet and video for yourself below.

In other news regarding Paul Stanley and KISS, one fan of ‘the hottest band in the land’ took to the KISSfaq fan forum to review a recent ‘End of the Road’ tour date. The user, known as Uhallnight wrote: “As a KISS fan of the 1980s, Paul is what got me into the band. It’s no secret that he did much of the heavy lifting throughout the decade. It was mostly Paul songs that comprised the soundtrack of my youth.” Paul Stanley drops KISS original lineup reunion bombshell.

The user continued: “After seeing them live the first time. I was blown away. He sounded better than the 70s live stuff and was great well into the 1990s. Last night I felt like I did seeing Larry Bird at the end of his run. A guy that brought me so much as a kid, gave it his all, but Father Time catches up with all of us. I didn’t see David Lee Roth doing any jumping leg kicks, nor did I expect him to. It was hard seeing Paul struggling with shouting out ‘Manchestah!’ to the crowd.”

KISS’ Paul Stanley stunned by sad ‘teen girl’ claim. The user also said: “Ultimately, I just soaked it all in, appreciating one last night with one of my childhood heroes. He gave KISS fans everything he had for a long, long time. So, thank you, Paul, for the music and the memories. Thanks for letting me share one last show with my kid. Thanks for the memory of her putting her arm around me and giving me a big hug at the end of Rock n Roll All Nite, knowing it was a bittersweet moment as my final concert came to an end. I’ll never forget it, or the happiness you brought to me over the years.”

We want to thank you so very much @PaulStanleyLive of @kiss for the huge package of amazing #Kiss merch and your latest awesome @PUMA collection. We are very grateful for you my friend. 🖤 pic.twitter.com/Jd76sK7Pub