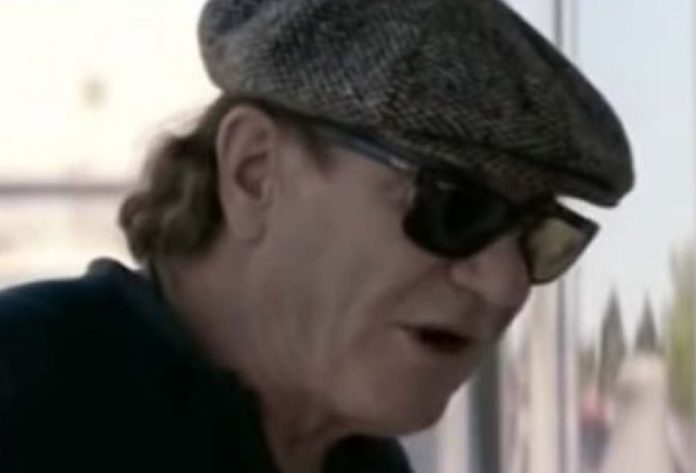 Brian Johnson discussed the last AC/DC tour with the ‘Back in Black’ lineup before Malcolm Young retired due to dementia, later dying in 2017. He made the comments on AXS TV’s ‘Life on the Road’ with Metallica drummer Lars Ulrich. Alternative Nation transcribed Johnson’s remark, where he somewhat half joking said he lost the will to live at the end of the tour. Johnson revealed a horrible tour offer earlier this week.

“I remember AC/DC did the ‘Black Ice’ tour, which was supposed to be a year, and it ended up being two years. I just remember at the end of it, I lost my will to live. I mean, you put your life on [hold]. I hadn’t seen my grandson since he was born.”

Ulrich told Johnson, “We have to remind ourselves that being on tours that never end, that is a good problem to have.”

Johnson responded, “That is a good problem to have.”

Angus Young savagely disrespected Keith Richards in a newly surfaced interview. SHOO23L posted on ACDCFans.net recently claiming Brian Johnson wasn’t mixed high enough on the ‘Stiff Upper Lip’ album, “For an example, check out All Screwed Up (though examples can be heard throughout the album). Brian sounds like he’s standing behind the guitar amps instead of in front of them.

Aside from needing an extra dB or two in the mix, his overall sound is very dark; he would have benefited from a little more top-end on his EQ to separate his frequency range from the guitars and help him stand out. Mutt was an expert at this; check out how distinct Bon and Brian are on H2H and BiB.”

DustDevil responded, “I’ve always thought the same. Brian was great on SUL, he should have been more prominent in the mix. He’s fighting the guitars a lot. On a plus point though, it does give the guitars more punch-space.” An AC/DC icon revealed a ‘nonsense’ Angus Young demand a few weeks ago.