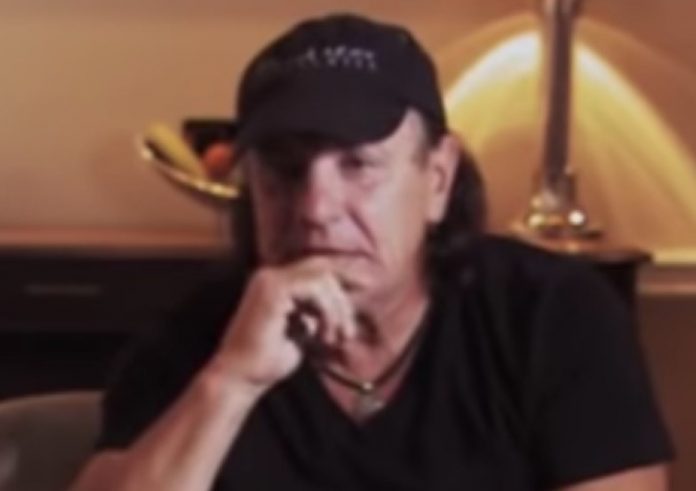 AC/DC singer Brian Johnson told Def Leppard frontman Joe Elliott that he would reject doing a tour the band once did where they played 3 shows in 3 continents in 1 day. Alternative Nation transcribed their comments from AXS TV’s A Life On The Road. An AC/DC icon was stunned by a brutal Paul McCartney insult a few days ago.

Brian Johnson: One of the things you do with Def Leppard, that I’ve always wanted to ask you, is there was a time where you did 3 gig on 3 continents in 1 day. What the fuck was that about? Are you nuts?

Joe Elliott: Right. Well, we had a greatest hits album coming out, so what can we do that is completely bonkers that the press will go, ‘I’ve got to see this!’ Why don’t you play 3 gig in 3 countries in 1 day? How is that even possible?

Technically it’s not, but with time zones it is. I can’t remember where the first gig was, this is how mad it was. It was in a cave in Turkey or something at midnight, then you fly to London, you play London at noon, then you play North America.

Brian: At 7 in the evening.

Joe: Yeah. So we ended up playing this cave, then we came and we did Shepherds Bush Empire, that’s the one gig I don’t remember doing. I saw the reviews that said: ‘Joe Elliott sat on a stool, completely talking bollocks.’

It was nuts, but all the journals were on the plane with us, so the ones that had stamina came all the way to Vancouver, and the ones that didn’t got off at London. But it was bonkers, but it’s what we did to promote a greatest hits record.