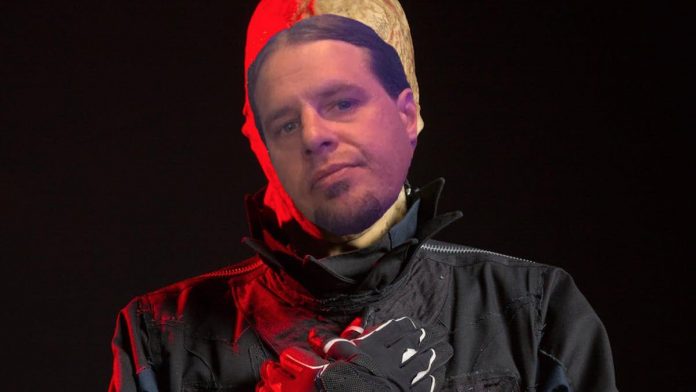 Sheiner19 commented on Reddit, “I’m glad that Chris is facing it like an adult and being respectful towards tortilla man even though he is the one who replaced him, kudos to him for what he is going through and for being such a cool dude.”

chetomt wrote, “As a bulgarian I gotta say this idiot does not represent us at all. He’s rude and gross to TM, and props to Chris for his answer.”

Corey Taylor nearly fronting a big name band was revealed a few days ago. NieRNekomata chimed in, “Yeah, Chris is…idk but as much as in an ideal world the lineup would never change unless someone had a toxic attitude…its nice that he’s being so respectful about it.”

Chainsaw443 said, “This just doesn’t represent Slipknot fans at all. Chris was great, his vocals were on point, he was amazing at performing, and he was an OG member, IMO. But Chris got fired. So, what why is this still an issue people? It’s time move on from this, there’s been too many Chris posts this morning already.”

NovaX338 asked, “I’m relatively new to Slipknot and I don’t know understand what’s going on, can someone explain?”

alistofthingsIhate answered, “Chris Fehn was one of the band’s percussionists for over 20 years but was recently fired after he filed a lawsuit over money he felt was owed to him. He was replaced with a new guy whose name has not been revealed, so people call him Tortilla Man due to his mask looking like a stretched-out flatbread. This tweet appears to be Chris defending Tortilla Man.” A ‘ruthless’ Corey Taylor video was released last week.