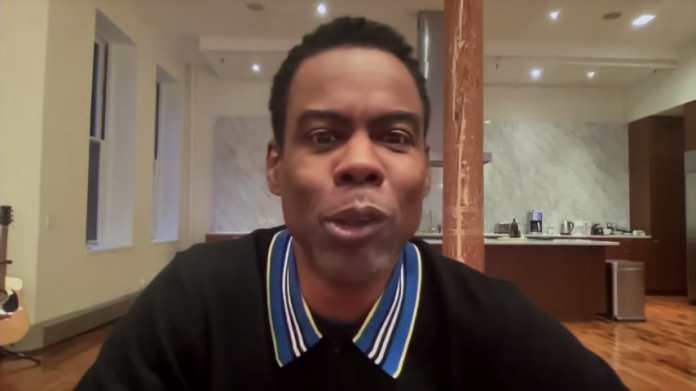 Chris Rock’s latest stunt at this year’s Academy’s Awards is well documented with multiple celebrities having their some sort of take or spin on the memorable and infamous occurrence. The stand-up comic would make a controversial joke at the expense of the Fresh Prince icon and King Richard actor Will Smith’s wife, Jada Pinkett Smith. It would then be at that point where Smith would come to the main stage and smack Rock, return to his seat, and say: “get my wife’s name out of your F***ing mouth.” Rock declined to file a report with the Los Angeles Police Department regarding the incident. While Will Smith would, the next day, apologize to Rock through social media and stated that he was “out of line” and that his behavior was “unacceptable and inexcusable

In some classic photos, Rock’s then-wife, Malaak Compton can be seen enjoying the Hawaii surf with their family which can be seen below. Chris Rock’s first post slap photo was just revealed.

Over on the ever-popular subreddit, BlackPeopleTwitter one user named Caeldeth discussed the incident at the Acadamy Awards by stating: “I don’t think it was at all necessary (the slap). You want to handle it like a man, you take him aside later and have a chat, explain why that wasn’t cool, and ask him to post a public apology for the joke. Not one that puts him on blast, but one that shows he didn’t fully understand the scenario and was not aiming to be disrespectful, but after chatting with Will wanted to make it known that he was ‘in the wrong’.
Continuing the person would say: It’s a win/win. Will looks good, Chris looks good, Jada looks good, and now they can use that platform to bring the condition more awareness helping many others. That is how a person with class handles it.