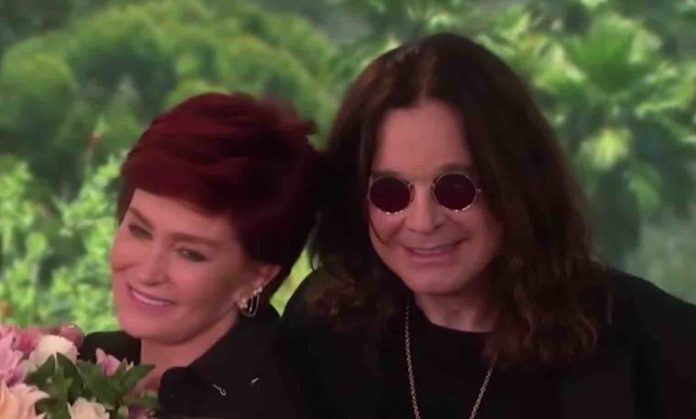 “Yeah, and whacked him around the head. He tried to do the dirty on Ozzy and I. We needed the (settlement) money because that’s how we moved on from one gig to another. Everything was cash in those days. Everything. And we had sold out the gig months in advance. Then we got there, and I am doing the settlement, and he gives me all of these advertising bills. I’m like, ‘We sold out. We sold out the first day. Why do I have all of these advertising bills?’ I was then told, ‘Well, once it (an advertisement) is booked, you can’t cancel them.’ I was like, ‘Fuck off.'”

Sharon Osbourne was recently asked about what Harvey Weinstein did to Keith Richards. John Scher was asked about the incident in his 2009 The Hot Seat profile.

“She kicked me in the balls is the story. It had to do with settlements from two shows with Ozzy Osbourne. We had a letter from Sharon saying we could deduct money from a second show. (After a dispute over payment) I walked over to her and asked if I could talk with her. She broke into a rage, screaming, and cursing. I said, ‘Calm down.’ and she threatened to pull Ozzy offstage.

I said, ‘Be my guest but your equipment will live in Asbury Park for as long as it takes me to auction it off.’ Then she very calmly walked over me -we’re 10 feet apart—and I’m figuring we’re going to get out of this situation. Instead, she kicks me in the nuts and knocks me down…..Sharon has spun this story to make me look like I’d done something wrong. But I know the truth and everybody who was there knows the truth.”