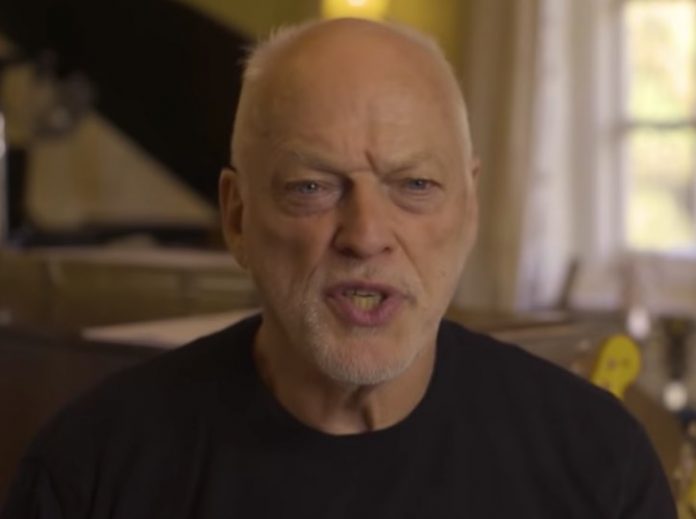 Pink Floyd singer/guitarist David Gilmour, during an interview for the debut episode of the Pink Floyd podcast entitled, ‘The Lost Art of Conversation: A Pink Floyd Podcast’ discussed the process of making the 2014 studio album ‘The Endless River’ and how he, along with producer Andy Jackson wanted to use un-used tracks that weren’t released for some reason or another, meaning that the album would have contained material from past Pink Floyd members such as David Wallace and Rick Wright. This Pink Floyd reunion for ‘two albums’ was recently discussed.

Gilmour: “Well, you know, to put it crudely, as we have been discussing those songs, tunes, and bits of music that we Brit row which we worked on again and developed on the boat but a lot of the stuff wasn’t used and Andy Jackson put together a compilation of the bits that he liked, particularly around the time that we finished that particular album, The Division Bell. Andy called it ‘The Big Spliff’. I don’t know what he meant”

David Gilmour revealed why Roger Waters quit Pink Floyd the other day. Gilmour continues: “If you listen to it you thought, ‘there are lovely pieces of playing on here, there are lovely bits of music that we didn’t get to complete or for one reason or another weren’t used. So we did think at some point we should try and go through all that music again, collate it all, see what we had and think about making a new record based on all that music with Rick [Wright] playing on it and [David] Wallace playing on it after his death. It all came out of that sort of that basic idea by Andy and Andy had put together his version of The Big Spliff that we had never got to make.” Gilmour revealed that reunion title and project was rejected.

Fans recently took to social media to discuss the legacy and impact of the aforementioned ‘The Endless River’.  As one reviewer wrote: “As an avid Pink Floyd fan, I always appreciate their efforts. While I think their BEST-ever works were in 1970 & 1971 (pre-DSOTM [Dark Side of the Moon), they’ve continuously produced marvelously creative, mind-expanding musical works of art. It’s great to hear Roger Waters “live” after death, and we will always appreciate, love and miss him. I love the way Pink Floyd members honor their comrades, even with Rog’s tempestuous split from the band. Polly’s influence adds a bit too much “Yin” to David’s “Yang”. I enjoyed the user-friendly, analog Moog synth work (I think, from the sound), and I assume by RW. Nothing like analog synths-except a Hammond C3 or similar Hammond organ and/or a Mellotron. PF will live on forever, like Mozart, etc., thanks to recording technology. It was great to have experienced PF from their inception to the now. God bless you guys! Pink Floyd revealed a disturbing Roger Waters phone call not too long ago.