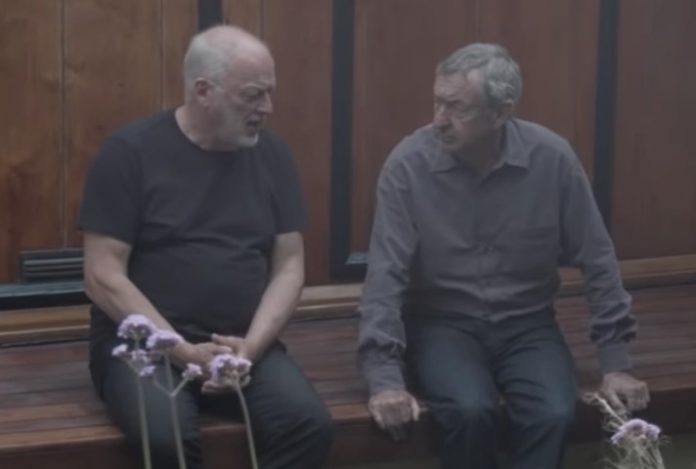 Pink Floyd singer/guitarist David Gilmour, along with engineer Andy Jackson discussed the process that led to what became the 2014 studio album ‘The Endless River’, with outtakes from ‘The Division Bell’ in 1994 during the debut episode of the Pink Floyd podcast entitled, ‘The Lost Art of Conversation: A Pink Floyd Podcast.’ There were originally plans for the surviving members to reunite to complete two albums from the sessions, but then Rick Wright tragically died. Alternative Nation transcribed their comments. David Gilmour revealed why Roger Waters quit Pink Floyd the other day.

Jackson said: “When we were doing Division Bell, there was a part of me that thought, rather than me saying ‘we should take this bit and play it for sixteen bars, say that’s a verse and then take this bit, play it for sixteen bars and say that’s a chorus.’ How about we play it for four minutes. I suppose I wanted to make ‘Echoes’ or something like that again. The second part where it just takes forever. There was a piece of me that wanted to say, ‘why don’t we do that? Why don’t we do something like that?’ Rather than something which is a minute song. I thought we’ve got stuff here in all these jams where you could do that.

So, I took it upon myself to take some of the tapes, literally took stuff home and played around with it and made it like a psychedelic mashup. Not say “we should play this” but rather “this is the sort of thing we could do, I’m not saying do this one, I’m just saying you know, here’s a dish you could make out of these set of ingredients, why don’t we think about something like this.” As a joke, I called it ‘The Big Spliff’ for obvious reasons.

Jackson continued by saying: “Steve O’Rourke the manager said, “We should put it out exactly like that and call it that. He thought it was spot on. I listened to it and thought ‘huh, okay’. At one point, the idea came about and I think it was Nick [Mason] who brought up the idea of making two records simultaneously.

We should make an album of songs and an album of extended psychedelic moogly. It got put away for such a time that the whole thing of no Ric [Richard Wright] anymore, so the idea of it’d be nice to bring what’s left of Ric out. We’ve got this stuff leftover, what can we do then?” Pink Floyd recently revealed a disturbing Roger Waters phone call.

David Gilmour then stated: “It’s got some just lovely moments of us all playing together. It’s not as organized, designed and planned as other Pink Floyd records have been but it’s some lovely music on there. It’s capturing a bit of those sorts of those two weeks that we did in Britta where it’s just us, jamming, finding out about each other and enjoying our own talents. Pink Floyd also just revealed this female Roger Waters replacement.