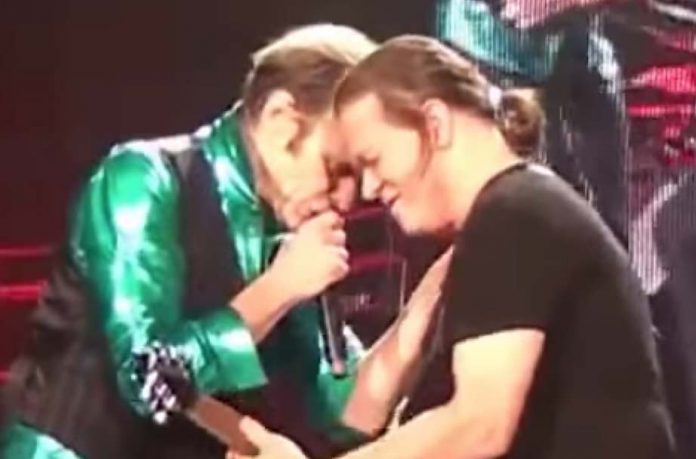 Debbie Millman: When have you felt sorry for yourself?

David Lee Roth: Currently my running comedy line is fear and revenge are my main pivot.

Millman felt Roth hadn’t answered the question, leading to a response where he addressed ‘the guitar player.’ Sammy Hagar reacted to rumors that Eddie Van Halen is sick yesterday.

Millman: I don’t know if that’s an answer to the question.

Roth: Fear and revenge. Revenge on my wrist watch because it’s 10 years too fast, okay. I wasted a lot of f**king time waiting around for the guitar player. Alright, so, I’m not gonna change him, and I’m sure not changing history in the rearview mirror, even if I turn it. So let’s turn that rearview mirror so we see how good we look while we’re getting somewhere. Tell the wristwatch fuck you, and get ahead of it like Grandma says. Maybe that’s as close as I get to feeling sorry for me, alright?

Go beyond that, I’m kind of over crybaby alcoholic millionaires bouncing on the end of the mattress taking up folks like your time, going, ‘Well you know I feel too-‘ I feel sorry for a lot of my fellow man when I reflect that God is just.