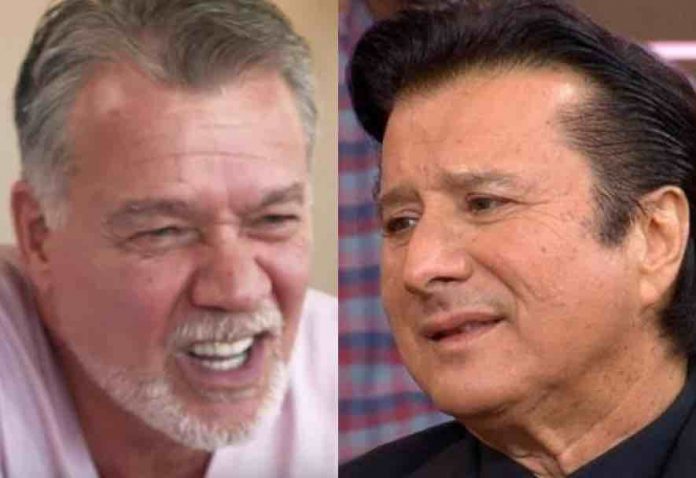 “Unlike bands like Foreigner and Boston that came out around the same time we did, and had a huge hit right out of the box and they’re playing stadiums, we started out playing the smaller theater gigs, and Journey had just gotten Steve Perry. The biggest mistake they made, and they won’t admit it, but probably the biggest mistake they said to each other was letting us open up on the tour. Because at the end of every week they were trying to get us kicked off that tour, because we were a little wild back then. We were just trying to have a good time.”

Van Halen fans on VHLinks.com have praised David Lee Roth’s recent performances opening for KISS after his Las Vegas performances in January were widely criticized by fans and the media.

Xk319 posted, “Uhhh, call me crazy, but I think Dave gets emotional at 14:50 after the second ‘did you have a good time!’ The third time he says it he combats the emotion by changing his delivery then does a kick. Just look at it at youtube on a bigger size screen and not the window below so you can see his face. Can really tell just before his kick. I think I’m right.

Wonder what caused that? Maybe he thought he’d never get back to entertaining that many people at once? Maybe he see his hard work coming to fruition after another great concert? Maybe those two combined with the incredible reception he’s been getting at the end of these kiss shows? I can imagine…even for David Lee Roth that at his age he had to have a sliver of doubt whether he’d be successful in this venture without the brothers with him. Probably all that stuff hit his emotions at once……if he did get emotional.” Eddie Van Halen recently confirmed a big name replacement drummer.