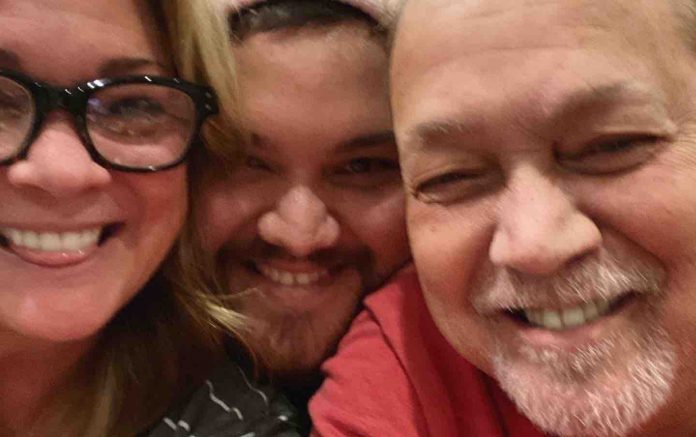 Eddie Van Halen‘s ex-wife Valerie Bertinelli revealed that she has a cold in a new video on social media. Eddie Van Halen’s wife confirmed an injury a couple of days ago.

Valerie said, “It looks like I caught myself a cold, so I am going to lie in bed, and I am going to watch Valerie’s Home Cooking. Because the first episode of Season 10 premieres soon, in a couple of minutes.”

TMZ reported on Monday that Eddie Van Halen was hospitalized for several days last week after a bad reaction to the drugs he is taking to combat his throat cancer. He reportedly experienced ‘stomach pains.’ He was released on Monday. Eddie Van Halen’s wife revealed a cancer scare last week. David Lee Roth’s own health issues were recently discussed on VHLinks.com. Dave’s Dreidel posted, “If memory serves, DLR in his book talks about how he has to sleep in a recliner, with certain parts of his body propped up.

I am sure Darrin could provide more detail, but DLR has definitely paid the price for his onstage acrobatics.”

Darrin Stephens responded, “Yes Dave’s lower back and pelvis look like he got hit by a train, just parts are ground to dust. My creative director in my film division is a former linebacker for the Vikings, big dude. He and Dave actually live near each other.

I always laugh when they walk away side by side because 2 polar opposites physically (large African American guy and a tiny Jewish man) but they each walk the same and have the same pains in their body. So when you hear Dave talks about his body taking the abuse of a football player that analogy comes from my Big Man and is 100% truth. Dave left it all on the field sort to speak. However he is one to never be a complainer and not a lot of use for those who are. Also, one day I should read his book more closely, LOL.” Howard Stern revealed why Van Halen fired Michael Anthony yesterday.

My frens are watching wit me 😻 pic.twitter.com/CtLb11Z8Xm