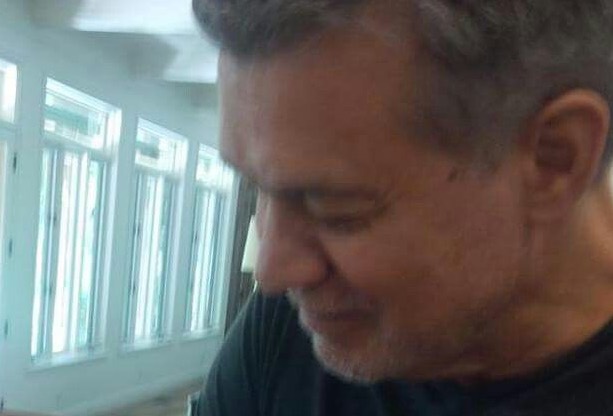 Eddie Van Halen‘s wife Janie has shared a MENstruation ad showing the pain men would have to go through if they had periods, including having to use the restroom to change their tampons. Janie said, “This is one of the best and most ingenious commercials I’ve ever seen. Great job #Thinx.” Eddie Van Halen was kissed by a female fan who took a new photo with him yesterday.

Van Squalen responded, “Middle Aged losers who desperately crave to see photos of their favorite rock stars to continue digging and sleuthing a rumored Personal issue that’s none of their business are…muddled aged losers. Me, I’m like Ed and Al. I get my info the old school way. By not giving a fuck about shit that ain’t my business. If someone wants to tell me somethin, fine. I don’t need nor want to scour the internet for fanboy scrapings. Muddle.”

A disgusting Eddie Van Halen alcohol claim was made a few days ago by Sammy Hagar. EVHWolf wrote, “Yes. Looks happy. I’m encouraged that he isn’t shutting down people taking pictures as he is probably aware that fans like us are scouring for any updates and pictures we can see and scrutinize. As much as I want to hear and see him play again…I really want to man to be healthy and happy at this point in his life.”

Jungle Drummer chimed in, “One funny thing I’ve noticed, and it’s been mentioned by others before, about Ed, Dave, and Al. ALL three of them always seem to be wearing heavy coats in almost every picture, even in sunny and warm California.

Of course, Ive seen Coulda and others on here whine when it’s “only” 70 and partly cloudy down there.” An ‘angry’ Eddie Van Halen cancer phone call was detailed last week.

This is one of the best and most ingenious commercials I’ve ever seen. Great job #Thinx https://t.co/aoqCCYuuX5