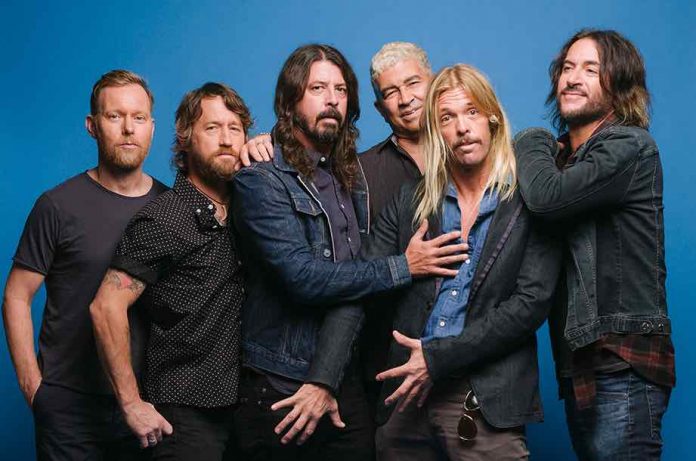 Foo Fighters drummer Taylor Hawkins said he sought out “the ladies” to duet with on his new album with the Coattail Riders, Get The Money. He told Billboard, “That was my aspiration with this album.” Hawkins got an “extra-sweet decline” from Olivia Newton-John, and he also failed to get Berlin singer Terri Nunn. A Foo Fighters member revealed why it’s a ‘tough job’ working for Dave Grohl last week.

Hawkins did get Chrissie Hynde, who he hadn’t met, unlike his other collaborators on the record like Dave Grohl, Perry Farrell, and Duff McKagan. Hynde called the album’s title track “juvenile,” but decided to sing on it anyways. “Tough, man,” admits Hawkins. “She’s a tough gal. But I’ve caught her sweet side.”

He also got LeeAnn Rimes to perform on the record on the song “C U in Hell.” Hawkins said, “She lives in my neighborhood, and our kids go to school together. We had met briefly at soccer practice, and then I saw her sing at a school event and she had a rad voice. So I asked her.”

Dave Grohl’s family revealed sad disease news a few days ago. Hawkins told NME in 2016 about Olivia Newton-John, so sadly rejected him, “I love her so much, oh my God. My daughter loves her too – we took her to see Olivia about three or four months  ago. She’s just got this angel voice and she was just so hot when we were kids. She was the most perfect woman when  I was, like, seven.”

You can read the full Taylor Hawkins interview at Billboard.