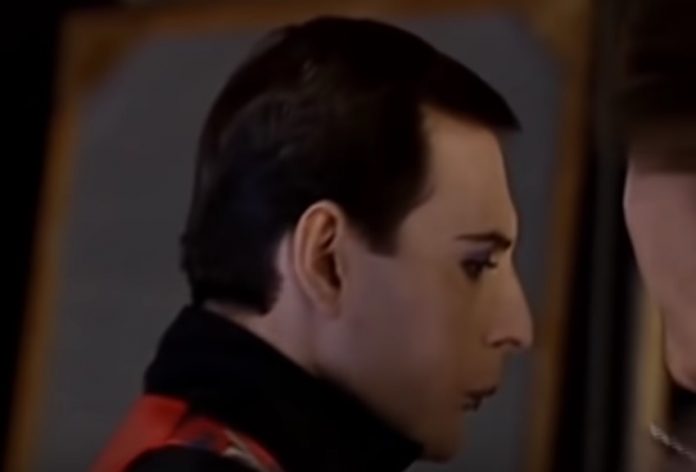 Late Queen frontman Freddie Mercury’s personal friend Peter Freestone discussed in a new interview with the British-based outlet, Express.co.uk what his experiences were with Freddie in his later life, as his disease progressed and how he would hold his hand during watch-shifts to make sure his friend was never alone. Freddie Mercury ‘terrified’ Elton John in bedroom with AIDS.

For the last week he never left his bed and he was never alone,” he said. “We did 12-hour shifts. I would sit on the bed, holding his hand so if he woke up someone was there. “We chatted, easy conversation about friends or gossip. “The last time I saw him was on the Friday night, November 22.”

In other news regarding Freddie and Mercury and Queen, the group’s landmark album ‘A Night at the Opera’ recently turned forty-four years old and fans took to social media via the official Queen Facebook page to reflect on the album’s greatest tracks. Freddie Mercury & George Harrison cocaine secret was also just revealed.

Alan said: “‘The Prophet Song’ but the whole album is just wonderful- I will never forget the excitement of having this album on Christmas Day 1975 – from the beautifully embossed gatefold sleeve to the live-action on the inner sleeve and finally the wonderful music coming through the speakers with the picture label spinning around at 33rpm, a stunning record from a golden time.”

Dominic wrote: “Fantastic album, the first album I ever owned too. Bohemian Rhapsody is the obvious one and is one of my all-time favorite songs, but the one song that is my favorite is The Prophet Song, with Death on Two Legs a close second… the singing and guitar work on both songs are phenomenal!”

And Stephanie put: ” The whole album is a masterpiece but I have a soft spot for Good Company, because of its placement right before Bohemian Rhapsody, you get this sort of McCartney-esque tune sung by Brian [May] and it’s just adorable. I just love that it’s there. And the « guitar jazz band » solo! It’s a bit of fun before the greatest song of all time. Freddie Mercury AIDS ‘rashes’ revealed in bedroom.