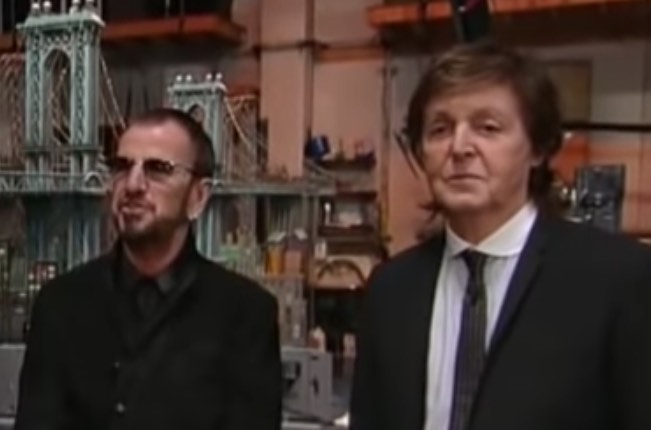 Fans of the late Beatles spouse reacted to the picture. Aidanmoyer said: “The highlight of my year has been all of the new or rarely seen Linda McCartney photos of the Beatles that have been released in various forms. It can’t be understated how phenomenal Linda’s eye for a “Kodak moment” (no relation to Eastman-Kodak) and her compositional skill is so phenomenal. Love to see shots like this!”

Whereas Rarotondi put: “She captured their soulfulness and connection, even when things were strained. The music, their “children”, came first.”

The Beatles recently revealed if Paul McCartney was paid the most. In other news regarding Paul McCartney recently announced his first round of 2020 tour dates as Sir Paul will be bringing his “Freshen Up” tour to the beautiful country of Italy. Fans on the official Paul McCartney Facebook page reacted to the news.

Wayne wrote: “Saw you at Lambeau. It took 55 years and I got to my first Beatle live. Best concert ever. The Beatles are the reason I do what I do. Classic Rock Acoustic Soloist. Beatles #1 on my setlist. Thank you Paul.”

Paul McCartney just revealed what he ‘stole’ from Bono. Zarina wished: “Please come to Brisbane Australia, Paul! One 11-year-old huge fan of yours, together with his parents and his grandfather, would be ecstatic to experience your music live! He is right now listening to 1 vinyl record while preparing for his music audition.”