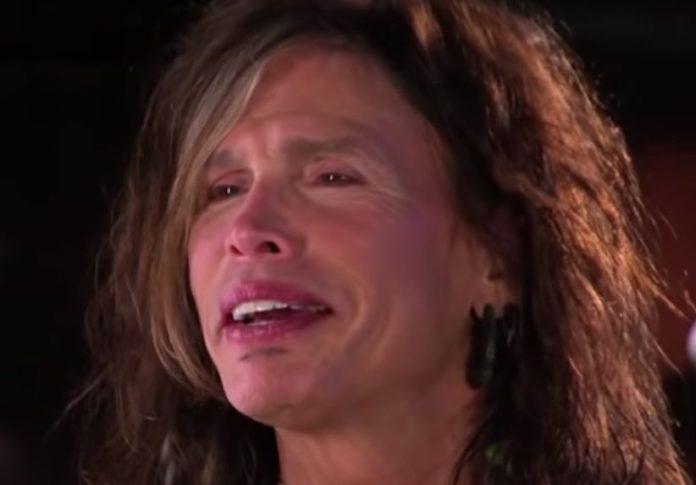 Steven Tyler, acclaimed Aerosmith frontman sent a bit of gratitude and thanks towards A-list actor Terry Crews’ way for agreeing to host the upcoming Janies Fund 2020 Gala. Janie’s Fund is a philanthropic initiative that aims at raising money and awareness to help girls who have suffered sexual abuse. Tyler stated: ” Thank you so much Terry Crew for hosting the upcoming Janie’s fund 2020 Gala. You say what you mean and you mean what you say! Join us in making a positive impact!” Steven Tyler’s daughter revealed this ‘back rub’ photo recently.

Crews originally wrote: “I’m so honored to be hosting the 2020 Janie’s Fund event. An amazing charity that brings hope and healing to girls who have suffered the trauma of abuse and neglect. Steven Tyler is leading the way in showing these are not women’s issues but Humanity issues. This cause is so close to my heart and I’m grateful to further the cause! See you there!” Steven Tyler pulled Aerosmith bandmate’s hair in video.

This caught the attention of many Aerosmith fans and fans of Steven Tyler via Tyler’s official Instagram who responded to the post. Noriahzeigner wrote: “My respect and admiration to our creator for Steven [Tyler] and his golden heart and to you also Terry [Crews]. I am so happy to see people like both,  with your influence involved in this overwhelming and heart-wrenching problem. It’s so everywhere, in this world and our own neighborhoods. It’s simply impossible to imagine, how very many babies, children, teenage girls, and boys are abused. There are so many more than are ever even known about or ever rescued. I know!”

Steven Tyler also recently offended his daughter by posting this backside photo. The user concluded by saying: “[May] our creator bless you, and protect you both. I pray for this event to be even more blessed and prosperous than it ever has been before. Amen”