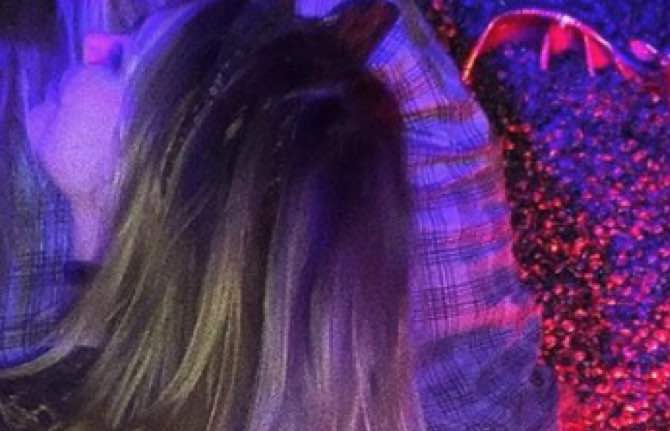 Gene Simmons’ daughter, the marvelously talented and gifted Sophie Simmonds took to social media via Twitter to consult A-list actress Bella Thorne The actress, who is a lesbian and very LGBTQ forward revealed that she is currently dating Alex Martini, who reportedly works as a set production assistant. However, the two are in a long-distance relationship which makes things quite difficult. Gene Simmons daughter leopard skin party outfit leaks.

The daughter of Gene Simmons took this opportunity to lend some LGBTQ support her way by saying: “hang in there girl. It’s hard.”, being a strong ally in the process. Go, Sophie!

Gene Simmons daughter holiday ‘night gown’ revealed. In other news regarding Sophie Simmons’ rocker dad, Gene Simmons, fans recently took to social media to discuss the legacy and impact of one of KISS’ most beloved albums – ‘Dynasty.’ One fan wrote: “I remember buying this album when I was in 8th grade. At the time, I wasn’t sure how I felt about it. I remember that it gripped me in the back of my mind when I thought about it though. Snap to 2007! The album I had back in the day had been long gone with maybe a few others that I loaned out and forgot about. I just bought the remaster on CD and after watching Kissology, I must say, Dynasty was the end of what we all knew of KISS from back in the day.”

The fan continued: “This album finally gave Ace and Peter a bigger role vocally, which I was glad to hear. To me, it was about time that Gene shared the spotlight with Ace and Peter. Paul is all good, no criticism there! Dynasty is a group album, no one leads the way, it’s shared and I’m glad to see\hear that. I never listened to any new KISS after this. I consider this album as a Great End to the band we all knew, granted it’s not as ‘core as earlier stuff, but a fine exclamation point to a wonderful run.”  Gene Simmons calls out ‘stupid’ KISS member performance.