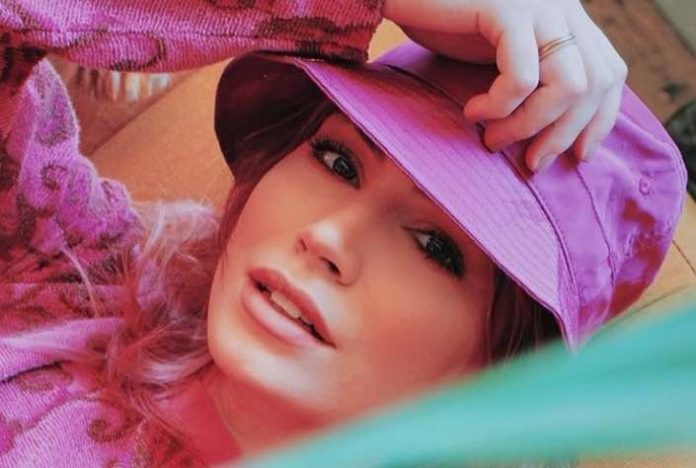 Gene Simmons‘ daughter the ever-so-foxy Sophie Simmons is turning on the night! Sophie recently shared this photo of her looking like a strutter as she strutted her way down the city streets in this inspired see-through mesh bodysuit as well as a delightful and animal-conscious faux-fur jacket. Gene Simmons daughter bends over in cowgirl photo.

More importantly, however, Sophie seems to have called out A-list music sensation Cardi B by drawing heavy influence towards the popular female singer as the photo draws a side-by-side resemblance between Simmons and a previous outfit that Cardi B wore not too long ago. The enthralling Sophie Simmons wrote: “I see you”, tagging Cardi B in the post that you can view below.

In other news regarding Sophie Simmons’ father Gene Simmons, fans recently took to social media to revisit KISS’ ‘Unmasked’ album. One fan stated: “Back when I was in my teens I really couldn’t get this record, it wasn’t hard enough, it wasn’t metal enough, it was just disco and pop junk or so I thought. Almost 20 years later I can finally enjoy this record and understand it. You can’t analyze it, just enjoy it and have a good time because that’s all that it is. Most big bands do something completely out of their trademark sound alienating a lot of fans but that’s why they remain somehow relevant in time. Iron Maiden, Metallica, Megadeth, etc they all did it. I dare any musicians out there to try to mix totally opposite styles successfully and with class, only a few have achieved it and I think that Kiss did it with disco and hard rock in Dynasty and on this one.” Gene Simmons’ daughter ‘loses weight’ in stunning photo.

The fan concluded: “This record has no fillers or ballads and still has that end of the 70s sound, all the songs are upbeat and leave you in a good mood it’s barely a hard rock album so if you feel like killing yourself, reading deep lyrics or destroying the world don’t listen to this record, but if you need good music to lift your spirit or hang out with your girlfriend this is the one.” Gene Simmons daughter gross stomach photo leaks.