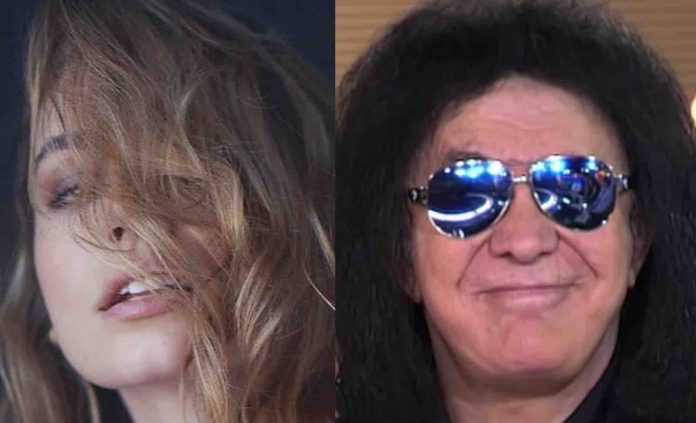 KISS icon Gene Simmons‘ daughter Sophie updated her Instagram with a beautiful photo: “When i used to go out goodbye 2010’s.”

Last year, Sophie did an under-the-radar AMA on Reddit, where she revealed plenty of new information about herself and her career.

“Songwriting is very personal. it comes out in different ways every time. the weirdest way was probably driving in my car. i just sang the whole song accapella into my phone. i heard it all at once and all the lyrics just came naturally. I think that happens when the emotion is super clear.”

Sophie admits she doesn’t know how to market herself properly in the day and age of streaming: “Honestly I’m still trying to figure this out myself.”

Gene Simmons daughter holiday ‘night gown’ revealed. In other news regarding Sophie Simmons’ rocker dad, Gene Simmons, fans recently took to social media to discuss the legacy and impact of one of KISS’ most beloved albums – ‘Dynasty.’ One fan wrote: “I remember buying this album when I was in 8th grade. At the time, I wasn’t sure how I felt about it. I remember that it gripped me in the back of my mind when I thought about it though. Snap to 2007! The album I had back in the day had been long gone with maybe a few others that I loaned out and forgot about. I just bought the remaster on CD and after watching Kissology, I must say, Dynasty was the end of what we all knew of KISS from back in the day.”

The fan continued: “This album finally gave Ace and Peter a bigger role vocally, which I was glad to hear. To me, it was about time that Gene shared the spotlight with Ace and Peter. Paul is all good, no criticism there! Dynasty is a group album, no one leads the way, it’s shared and I’m glad to see\hear that. I never listened to any new KISS after this. I consider this album as a Great End to the band we all knew, granted it’s not as ‘core as earlier stuff, but a fine exclamation point to a wonderful run.”  Gene Simmons calls out ‘stupid’ KISS member performance.